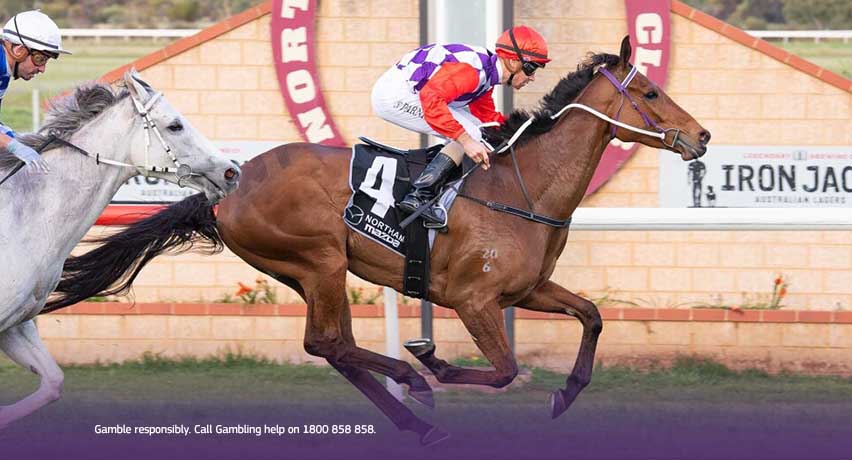 LUKE’S PIERRO has been racing like he needs the full 2200m and on Thursday we find out whether or not that’s the case. Finished off well matching motors with The Panzer for most of the home straight last start and if he can reproduce that same turn of foot over the staying trip, he should be hard to hold out. ARTIENNE and WHAITIRI have both been up for a long time (Artienne start 12 and Whaitiri start 14 of the prep) but both are racing well enough to pinch a maiden like this. STEAK NIGHT is going along alright and again Brad Parnham sticks ahead of riding Social Impact.

VITALIZE promised to win a maiden all preparation when last in work but just failed on a few occasions. She ran well in almost every single outing and just kept running into either a bit of bad luck or one better than her on the day. Has a nice turn of foot for a maiden and her recent trial was quiet and impressive. This looks the weakest race she has seen to date and should go close to breaking through. BRIGHID was under a stranglehold in the recent trial and hit the line well. Looks to have come back well. HAYDROSS resumes without the benefit of a trial, however, Brad Graham’s team is ticking over well and his two runs in his initial campaign had merit. IM A SPECIAL GIRL should be able to kick through and lead soft.

BRING THE BLING ran second on debut in a Narrogin maiden at massive odds behind Hilton (beating home Bella Sprite) and then finished midfield in two maidens after that at double figure quotes. Certainly not race form that jumps off the page at you but thought the recent trial win at Lark Hill was strong and from the gate Paul Harvey can have her close handy to the speed in a moderate maiden. BIG BREAK has returned well. Loomed fresh alongside On The Full and then had a crack at Star Soprano second-up. Getting closer. PRINCESS KITTY comes from a powerful stable. The trials have been alright. SHAWTY comes through the Bring The Bling trial and wasn’t too bad.

FRUIT LOOPS is knocking on the door. Was given a 6 week let up leading into the run two starts ago when second to Regal Access and then backed it up with a strong second to Look Up in a Northam maiden 7 days later. We’ll get a sighter of the strength of the form through Look Up at Belmont on Wednesday and thinking this is a slightly weaker race. Gets his chance. MERCURIUS finished third to Sessions Peak and Rig A Dig at a mile when last in work and looks the danger from barrier 1 fresh. LE GRAND JEU had to sustain a long run at his return and got to the line well. Gets a much better run here from barrier 3. CANDLELIGHT SUPPER didn’t seem to appreciate the really wet surface first-up.

LITTLE SCHNITTY is no star but she’s racing well for Lindsey Smith. She’s a trier and if she gets across from a sticky gate she’ll be fighting on in the finish. Doesn’t look to be a great amount of speed in this so she should get across without burning too much petrol. ENCHANTING SOUND will find this lengths easier than her debut assignment on a Saturday behind Aztec Ruler and Revitup. Keep safe. PICK AND PAY improved sharply first-up to second-up. ALMIGHTY MISS trialled far better leading into this campaign than her initial prep.

POSITIVE IMPACT looked hard to beat on debut off the back of a strong trial. Punters didn’t forget to back him and he worked through the line well. Looks your typical Lindsey Smith type who will improve at every outing and improve as they step him out over further and further. See no reason why he can’t remain undefeated. MISS FIELD is double nominated for Wednesday at Belmont and Thursday at Northam. This C1 is far easier than the 3yo 0MWLY that she’s in on Wednesday and so you’d think they’ll likely end up here. Had no luck last start when she looked ready to make a big run at them and the gaps closed. IM NOT FOR SALE is hit and miss. On his day he has a nice turn of foot. THREE EZE comes back in trip after not staying.

PRIZE PURSUIT looked to trial really well down the back straight at Lark Hill leading into his return to racing. He went straight into a 58+ Westspeed Platinum on a Saturday and was well found in betting when running a ripper race in defeat. While he’s still a C1 in a C3 it’s probably only a matter of time before he wins another. JARMAN found his feet last start and was a big improved run. Capable type. FIND YOUR MAN won well last start and a few of the beaten brigade go round Wednesday at Belmont for a sighter into the strength of the form. Wide gate hurts. BEANIE can always sprint well fresh.

STRATHMORE ROSE has had absolutely no luck at all so far this preparation. She was bolting in behind runner first-up when never seeing daylight at any stage and second-up it was even worse when shuffled further and further back unable to get through at any stage. Looks like she’s going well and with Laqdar Ramoly going on she gets the nod. BOPPING BLUE is a nice C5 provincial type. Expecting he’ll be ridden for speed and stalk Dance Session’s every move. Classy 3 year old. DANCE SESSION has been freshened up and only knows one way. DARK MISSION can reel off a strong L600 but will need it in this.