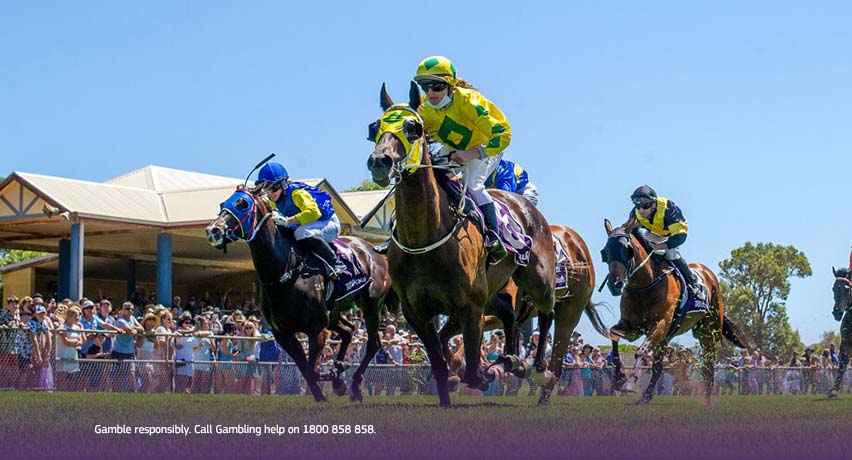 SANS LE SOU should have no troubles making in three on the bounce in another very winnable 58+ 1400. Since heading to Geraldton and joining the stables of Gordon Spowart has been a model of consistency and her last two wins have been with authority. Should land an identical spot again up over the speed for an identical result. RECHARGER is always capable of winning in these kinds of race. Has won a 60+ Graduation in town and is versatile. DELAGO DEHERO either leads or tow balls Recharger. Either way he’ll be thereabouts. I’M A BUSH CHOOK let down well to score two starts ago.

MULTINOVA MAN has shown enough at trials to be competitive on debut. With Mountain Ash finding it awfully hard to break through and continually going round short odds we’ll side up with the debutante Multinova Man. Latest trial was sound and with Blinkers on and CJP on he demands respect. MOUNTAIN ASH is a former Adam Durrant trained galloper who is running reasonable races but just not showing any killer instinct. Beaten favourite time after time at the minute. GRACIOUS GIRL one to keep an eye on fresh. BLUE RADAR will keep whacking away.

SKIPPING DIGITS is another Durrant debutante on the program who has trialled up well for his first start. Most recent trial finished second to Final Authority. While we would have liked to see that trial form enhanced on Thursday with a win the market support was still there for Final Authority ($1.95 into $1.38) before he went horrendous. Still Skipping Digits showed enough to warrant consideration in a Geraldton maiden. EXQUISITE STAR won a recent trial at Geraldton in a canter and did run a couple of nice placings in maidens at Northam last campaign. Should get the run of the race and looks the logical danger. BENT CACTUS trialled quite well behind Quillow and Rocking The Merc. DARGIE will no doubt jump and run.

ADMIRAL HUSSON has finished second to Three Sessions at two of his last three starts. In between that he was a dominant all the way winner by 1.5L. Last start he gave huge cheek and it took the entire length of the home straight for Three Sessions to gobble him up and they kicked right away from the third horse. The way he’s racing he’ll be too slick for them at 1100. BLANKENBERGE is a handy mare on her day. Comes out of a 70+ at Mt Barker and is a 3 time winner at Geraldton. Particularly well placed and the added bonus of CJP makes her a legitimate danger. GESSATO is racing better than numerical form suggests. Would be a handy acquisition for the region if left in Geraldton. FASCINATION is going well.

PAGANI has been a great bread and butter horse for Gary Sorensen. Winner this track, distance and grade three starts ago and then finished second to the highly in form mare Sans Le Sou (form could be further enhanced after Race 1). Last start stepped to a mile which seems to stretch her and it was an extremely high pressure 1600 which was run 6L faster than average. Back in distance, senior rider back on, looks capable of rebounding. WAR CLASS finished second last start and now drops down to 51kg after the claim for Jett Stanley. Will need luck from the draw but it’s offset by the fact he has absolutely no weight to carry. ARABIAN RICHES is racing below his best but should be in the finish. HIP WIGGLE is far better suited out to this trip.

HONORFIC was well found by very astute punters last start. $51 into $18 and jumped out of the ground with the blinkers going back on. It was turned into an absolutely slog (first 1000m 15L faster than average) and he was left last man standing. Repeats the performance and goes close to repeating the result. EBONY MAGI was the horse tracking that ludicrously strong tempo. Hit the front before the corner and was brave in the finish to grind away into third. SUMMIT TRAIL and CAN HE HUSSEL both return to Geraldton with Meryl Hayley where they have enjoyed good success.

DARK PEAK comes from the high rating 58+ back into a C2 and looks to be a class above rivals. Lightly raced, progressive and showing a big turn of acceleration. This is afar easier than the 58+ she went around in last start and after the claim gets in with a winnable weight. Looks more than capable of working her way through the grades for Kim Anderson. TAKE ANOTHER LOOK comes from the same race and worked home well from an impossible position in running. FUEL THE FRIAR has run some handy races of recent times. Provided she can hold a position in running she can finish off well. DYNAMIC FORCE needs to gain a start but has been running decent enough races in the metro/provincial area.

SON SON looks a special in the 2022 Geraldton Toyota Batavia Sprint. First-up finished second to God Has Chosen who could well turn into a Group horse in the coming calendar year according to trainer Lindsey Smith. Second-up won a 66+ feature at Ascot with a blistering turn of foot and then showed he was well and truly up to 72+ grade when finishing second to Black Type mare Chantorque. Drawn barrier 2, proven weight carrier and has tactical speed to sit right behind Kenyluck and track his every move into the straight. Looks the winner on paper. KENYLUCK is no slouch. He has finished in the top 2 at 10 of his 14 runs over 1200 at Geraldton. Simone Altieri will have him running throughout. FALSE STATEMENT could surprise a few at odds. STARTRADE might hit this a year too soon but has come of age this time in.

CORN COB has won two from two and attacks this undefeated. Only won by half a head on debut but considering he did everything possible wrong in the run home it was impressive. He then again raced greenly last start when stepping from a maiden straight into a C2 with success and staying in the same grade again he’ll be hard to beat. TAMBORA finds a new home. Graeme Hammarquist can get them going fresh and while 1200m might be on the shorter side for him expecting him to run a race. OUR INSIDER trialled particularly well and then had no luck at his return to racing. DARK CITY ran well enough first start for Tiarnna Robertson to follow into this.