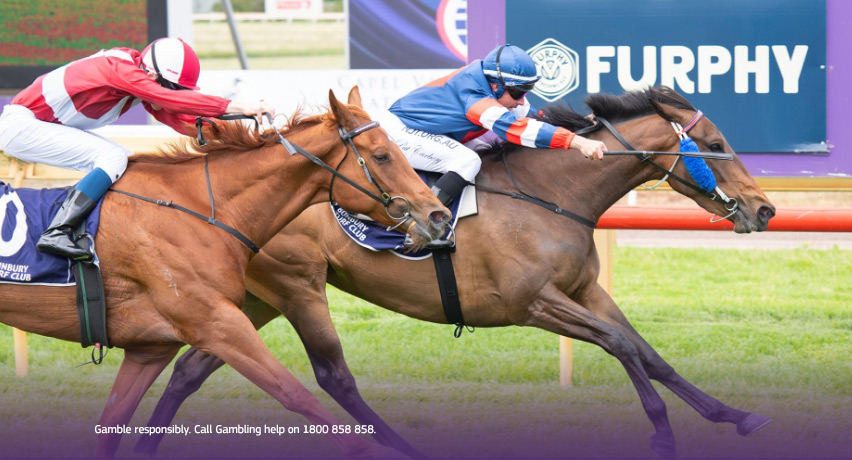 RIP AND SNIP has been nominated, accepted and scratched a few times now which is a natural query, but the debut effort was strong behind First Law and She’s God To You, and the recent trial behind Fashion Queen which looks good form for this race. Fairly even sort of maiden and should go close. NOBLE PRINCE was under pressure in the trial but was also responding well. If they allow Paul Harvey to cross, he’ll be hard to get past. KARLI’S KARMA was a fairly handy trials and then was a better run than it reads on paper on debut. Keep safe at a big price. MISS SILVERSPRINGS trialled nicely but Paul Harvey elects to ride Noble Prince.

PAEROA LAD was beaten a nostril last start by Stumble this track and distance. From the draw with senior rider Brad Rawiller going on he can lead this field and if they do take it up he’ll take running down. Previous effort behind Beau Zoom was the same race as At War and they look the pair in this maiden. AT WAR is a more than capable commodity. But starting to question his genuine nature as a horse. Loomed the winner last start but faded last 50m. Now the apprentice goes on from an awkward gate. SIXTYFOURTH STREET can improve sharply with the draw. GUNMETAL GREY has no weight for Carleen Hefel and the trial was impressive under Paul Harvey when balancing and accelerating impressively.

NIGHT SESSION is a 10 start maiden and was a moderate fifth last start. This is now Paul Harvey jumping on and getting another extremely weak maiden. Expecting Paul Harvey to put him into the race from the 800 and if he can reproduce his trial effort he’s the one to beat. SOLAMENTE and SOVIET SPY are both Adam Durrant youngsters who both look like they will get out over further. Only second outing but will both be sharp improvers. BABYTINO is going well enough to figure.

TREASURED PRIZE finished third on debut when enduring a tough run three wide the trip and still was brave in the finish behind Town Hall and Fashion Queen. Drawn wide here but more than likely Pike goes back and joins the three deep train from the 800. Should get over them with the Williams polish. MONEY TWIST wasn’t bad on debut and can improve out in trip. TALLIN and BALDERDASH both look like maidens who will break through in the near future.

FASHION QUEEN will be odds on. If she opens in the black she’ll jump in the red, but most likely she opens around the $1.50 mark (or shorter). She was super on debut when held up at a crucial stage and flashing late. That form could look even stronger if Treasured Crown salutes in Race 4. She should be in the three wide train and getting over them. TIBETAN BLACK will be around the same position in running but doesn’t have the same level of acceleration. WARCHINO hasn’t fired a shot yet but comes from fairly handy form references. GALAGA gets it soft on the fence and showed a glimpse.

BERET won back to back races in February and April before finishing third to Speedy Miss and Artie’s Jewels. The recent trial under Jade McNaught was very good when letting down powerfully over the 930 to score. Is drawn sticky but after the claim for a highly in form apprentice in Laqdar Ramoly gets in with a suitable 57.5kg. MISS IVY LEAGUE ran 6th of 7 in a recent Bunbury trial but it was far better than it reads on paper. Kyra Yuill knows her well and unlike Beret she has tactical speed to roll forward. SNIPPIRANHA hasn’t fired a shot this preparation. Waiting for the money to come. ANGELIQUE’S FAME comes out of a strong times race, expecting money to flow for her.

AGENT JAY is looking to score back to back wins after nailing Amelia Bedelia on the post last start at 1000m. Has now had 6 starts at Bunbury for 3 wins and now out to 1200m he can slide across to breeze for Carlenen Hefel who keeps the weight at 59kg. Expecting some aggressive tactics out of the gate to find a spot. COOKING WITH GAS was plunged late in betting at the first up run for Sarah Childs. Got home really well from an impossible position and was a flashing light run. OLD MICK was blowing like a gate in the market fresh and ran accordingly. Paul Harvey on is a different scenario. BARTRADER highly consistent.

MISSING PRO looks really well placed in this race. Going back four starts ran second to She’s Enchanted in a 60+, then 4th to Flower of Scotland (who starts Saturday in the Jungle Mist), winner in effectively this grade at Northam two starts ago and then only beaten 2.5L at 66+ grade behind Silkinize, Cliffs of Comfort and Why Choose Her. All that form is strong enough to win this. DUTCH SPY is a massive galloper and should be no worries of carrying 60.5kg and in fact once carried 62kg of Glenn Smith to victory in a Bunbury C5. Don’t discount him. DIA DE LA RAZA is a 1000m specialist. Obviously doesn’t get a wet track but suited in the grade. STIRLING ESTATE might be 590 starts into the preparation but is flying.

JUICING CARROTS has found his race. Placed at three of his last four, including a 72+ race behind Leading Girl, a 72+ behind Truly Great and British Bessy and last start in the York Cup behind Push to Pass. Is a two time winner at Bunbury and it’s extremely rare outside of a Bunbury Cup to see Juicing Carrots in the SW. With a positive ride lands outside the leader and takes beating. HEAVEN’S GIFT was placed in the Belmont Oaks and Belmont Classic to undefeated filly Chantrea. She looks primed third up. ADMIRAL PROMO needed to dig deep at York and was a strong win. BELLA’S IDOL might not be a 2000m horse but is well placed.

THE SINGING TIGER ran a fast finishing third behind On Red Alert and Beat the Bro. Now that Beat The Bro is an early scratching he looks well placed. Always showed ability and Justin Warwick’s yard is just starting to wheel out a few good runs again so we’ll jump on the bandwagon. DEVIL’S DUST gets a lot of weight relief with Laqdar Ramoly going on and from the draw he’ll be hard to hold out late. WINIFER is the most intriguing runner on the program. She is capable of sprinting well fresh. WORTH A RISK hasn’t been seen since the maiden win but it was strong.