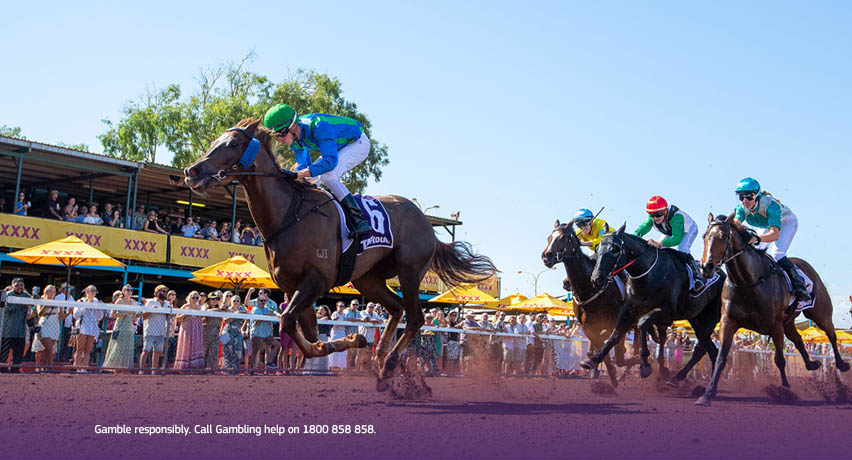 ADVOCATOR loomed large first-up over 1000m when getting close to talented 3 year old Isola Bay last Saturday. Think Isola Bay can go through the grades and so going to follow that form here through Advocator. Only rises half a kilo, gets an extra 100m and showed last week that she’ll get through the going alright. Drawn a gate to settle close enough and provided she doesn’t get run off her legs early she’ll be there at the finish. HES ON FIRE makes his Broome debut for team Casey and he has huge ability but clearly a few issues here and there. Needs to jump from barrier 1 to avoid being shuffled back along the fence. YUNA MAILMAN is an interesting acquisition for Rob Gulberti. He can really get trucking in his race and that should suit dirt racing. CASINO WAR finds a new home. Simone Altieri knows her well and rides her well. Big watch. Good race.

WARPIPES had everything go wrong for him 7 days ago. He got chopped out at the 600 and lost both position and momentum. Thought he did a super job to finish off as well as he did and 7 days later they go with a senior rider and get him out to 1100m. Provided he doesn’t get shuffled back in running he should be hard to hold out late. CONTENTO BOY looks the danger. Interesting to note that Bonnie Palise is riding the stablemate Testifying which might be a lead in itself, but if Contento Boy can reproduce the second to Niigata when leading them at Belmont Park he’ll be in the finish. TESTIFYING is quick and will no doubt look to jump and run from the outside. PLATINUM LABEL should get a far better run.

KENTUCKY DREAM was a really good run last Saturday. He was drawn wide, was slightly slow away (a concern) but sustained a run from the 800 and kept coming in the home straight. Last week was a C2, this is a C1 and he only rises 1kg. Considering he’ll carry less weight than last weekend’s maiden winner I’m A Dreamer he definitely appeals. IM A DREAMER only won a maiden last Saturday but he travelled the winner throughout at 1000m and given previous grass form should only get better as they step him out over further. He’ll likely park three deep in the moving line and creep his way into the race. TOPPA THE MOUNTAIN is an interesting galloper to assess. Races really fiercely and with blinkers going back on they might try and ride him for pure speed. Could be exactly what he’s looking for. MANY MANSIONS has been competitive in far better races than this.

BARTS BULLET was a really good run last Saturday behind Marzipan Lad, The Fibonacci and Kentucky Dream (with any luck makes the form look good in race 3!) Got caught up in a pocket in the home straight and pushed his way through impressively and then balanced and came again. Draws the inside gate again 7 days later which is probably not ideal but with a senior rider on and an extra 200m he looks one the big players. KARAOKE EXPRESS is far better suited at 1400m than he was at 1000m last weekend. He’ll find a race this preparation (won a C2 mile at Broome last season). YOURTHEONEFORME will try and roll them along and is always a chance in these races. GOLD FRIARS is still a maiden and cops top weight in a C2 (go figure) but he ran well last weekend.

FAMILY CONNECTION comes from a huge ratings race last week. She was responsible for the speed and they ran the 1300m 6L faster than 58+ average. Only peaked on the run from the top of the corner and was 72 days between outings. Should take great benefit from the outing and the experience and looks like they’ll have some fun with her in Broome this season. Gets in on the minimum and stays out of trouble. MAGIC WILL REIGN was a seriously good trial. Beat home Dig Deep and Stay Safe in the trial and first-up last preparation at Ascot finished fifth in a 72+ behind Creator and Bruce Almighty. Big watch. SAFFIANO is a bit of an enigma. He could well spring the gates, lead and win. Or he could get crossed, hate the dirt and tail out. LUKES CHOICE should be a nice horse for the region.

SPEEDING COMET was brave last weekend. Thought at the top of the straight Molten had shaken him off but he just kept coming and just kept finding to nab a dead heat result. Rises 3kg here and just lump 61 after the claim in a race where they’ll get along at a strong gallop but he’s tough and he’s drawn to get another gun run. Hard to fault. REFLECTIVITY joins John Gangemi and he almost pinched a Bolton Sprint last campaign when nabbed on the post by Amasenus. If he gets across, he’ll be there in the finish. DONS LEGACY travelled up nicely into the race last start in a return to some form. DESERT THORN reunites with his old mate Colin Haddon.

KENNEDY hasn’t seen a race of this nature for a very long time. Last campaign in 70+ company ran second to Song of Vincent, third to Molten, second to Desert Vixen and only finished 3L off Diamond Tonique, Desert Thorn and Speeding Comet in the Broome Sprint. Finds himself backing up off 7 days into a 58+ (last 10 races in higher grade) and gets in with 59.5kg after the claim. Didn’t think he was disgraced last week and could surprise a few of these. HE’S ALL MIGHTY joins the powerful Broome yard of Rob Gulberti and while he was beaten a long way in the trial don’t think he was ever asked for an effort. KITGUM is a new comer to the region and should be a nice horse for this grade. POWERFUL was the target of huge late money on opening day. It missed but worth remembering it was there.