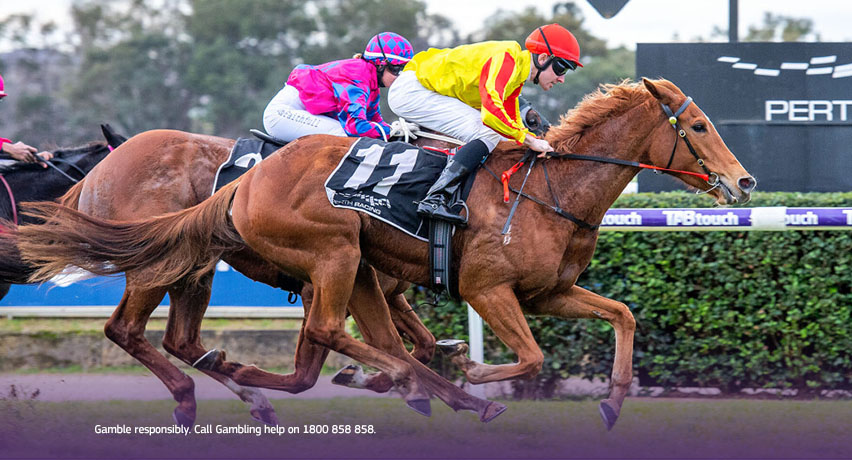 BLACK SHADOW has to conceded talented 3 year old Black Fantasy 5.5kg but he is a hardened stayer who should box seat on the back of likely leader Rostropovich and breeze horse Black Fantasy and if the heavens open on Friday (forecast 10-15mm) then he’ll get track conditions to suit. Should be peaking now. BLACK FANTASY won the Aquanita and Belmont Classic and looks very well placed into a 78+ on the minimum. He’ll roll forwards and stay out of trouble. Hard to fault the way he’s going. RELIABLE STAR has a set of blinkers attached for the first time and she’s a dour staying type who will enjoy a slog. DIVINE SHADOW showed something last start.

WILCHINO returned first-up without a trial into the Beaufine and peaked on her run in the last 100m. She has regular rider Chris Parnham back in the saddle, she gets an extra 1kg on Mervyn and she’s drawn to sit up outside of him. Expecting her to be ridden with far more aggression and hoping to see her bounce back to her brilliant best. MERVYN will always give you a run for your money. Almost pinched the Beaufine and is a Heavy10 winner of this exact race last year. EEYORE WAYZ comes back to 1000m and can stalk the leading pair. SPIN THE KNIFE has blinkers removed for the first time in his career. Possibly with an expectation that he’ll need to sit off Merv and Wilchino?

CHERRY’S A STAR looked the goods at trials. When last in work she finished second to Swear To God (winner of two) in a 1000m Belmont trial, finished third to Tiffany Street (winner of two) and beat home Top Of The Pops (winner of 4) and in her one trial this preparation she was able to pull away late on a Soft7 for an authoritative win. $350,000 Inglis Easter Yearling Sale purchase and looks to have a motor. EL PATRON and IT’S ALL A RUMOUR are coming through the same race behind Aztec Ruler. Didn’t think there was much between their efforts. BIRTHDAY BALLOT showed a sharp turn of foot up the inside at trials.

ARNIE’S BOY and PRIZE PURSUIT met on 25 June in a 1300m Westspeed Platinum event behind She’s Puzzling. There was very little between them that day and they meet again here at the same weights (both rise 2kg). ARNIE’S BOY is racing with incredible consistency and he is a proven weight carrier, Belmont Park miler and has a Heavy9 placing to his name. Gets the run he needs and will work into it from the 600. PRIZE PURSUIT trialled super leading into his first-up run and then won with arrogance in a C3 last time out. Placed on a Heavy8 and looks the danger. INFLATION gave a wonderful kick last start and looks almost ready. NINETYONE DWYER comes back in trip and rarely runs a bad race.

FLOWER IN THE WIND looks incredibly well suited here. She’s coming out of the Belmont Oaks (when luckless) and the Belmont Classic when running second beaten three quarters of a length behind Black Fantasy. Black Fantasy will likely go around the same price in a 78+ and Flower In The Wind drops back into a 60+ Graduation. Great race for her. SUNSPHERE continues to finish off his races strongly. Holly Watson rides him well and he’ll get a nice run into it. ALIMENTARIA put on a galloping exhibition last start and is Heavy9 placed. She could well kick through to lead and control this. ALL MAN holds his form and is more than capable in these staying events.

(FLYING MISSILE won Wednesday and if starting will be 58kg and backing-up off 3 days. Will preview without her but if she starts she’s a big player). MOOD SWINGS could not have been any more impressive first-up no trial when marching around them deep on top of the speed battle which contained talented front runners Nowhiteflag and Puli. If he gets across to the breeze here without doing too much work early, he looks hard to beat. POSITION OF POWER beat him last start and proved himself a genuine wet track specialist. Likely to go round eachway and likely to run another big race. NOWHITEFLAG was seemingly no match for Mood Swings last start but Shaun McGruddy seems to get the best out of him. VANE TEMPEST is going well but she looks 3 deep all day again.

THOMAS MAGNUM returned a dominant winner in this grade over 1000m when exploding at the top of the straight to win by over a length. Second-up he returned to his own age group in a 3 year old 62+ and finished fifth beaten a length but with genuine excuses. Had to work through some traffic at various stages and was unable to get into the race when looking to have plenty to offer. Looks ready for a 1200, should be able to hold leader’s back and if Ohbeeh does hold up he wobbles off the fence giving Brad Parnham options. OHBEEH has been woeful in three runs in this preparation but he’s finally back into his right grade and he is drawn to lead. Could improve sharply at odds. LET’S GALAHVANT is going through the grades nicely. Drawn is tricky but he’s versatile. HOLA MAREA should enjoy an economical run behind the speed.

EXTRA SECRET has been there abouts all preparation. Luckless first-up behind Astrape, solid behind Brave Venture second-up, chased hard behind Sniparoochy third-up and then last start found herself in unfamiliar territory in the breeze when second behind Probity. Meets him 3kg better at the weights and CJP returns to the saddle. Consistently going round eachway odds and continues to run an eachway race. VALENCY is an X-Factor filly. She has a booming finish on her and looks like she’s ready to go through the grades. Only won a C1 first-up but over an unsuitable distance and through serious traffic. AIN’T NO OTHER MAN was huge first-up but this map looks ugly for him. Drawn outside Heavenly Waters, Ultimate Command and Yemen Lass. PROBITY returned a strong winner after sitting deep throughout.

GO FORWARD can be a little hit and miss in his races but when he turns up he has a wonderful turn of acceleration. Has been given 8 weeks between runs, has trialled up strongly and maps to get the run he needs midfield with cover. Genuine speed helps and he’s likely to go round eachway. MANTELLI was pretty good first-up behind Warm ‘n’ Fuzzy and does meet that galloper a whopping 6kg better at the weights with Brandon Louis going on. Maps a treat behind Olga Louisa and Warm ‘n’ Fuzzy and should be presented with an inside run at some stage. OLGA LOUISA is two from two undefeated on Heavy tracks. She makes her own luck. STATE OF POWER is a sharp sprinting filly and with the engagement of Holly Watson she has only 53kg on her back.

GINGER FLYER has finished second to Savage One (now a 72+ winner) and second to Phanta (beating home subsequent 72+ winner Flying Missile) in her two runs back this campaign. Given the addition of free rolling front running wet tracker Run D’Affair Run to this race you would imagine she opts out of the early speed battle and enjoys the run of the race. Finished in the money at 17 of 22 and goes round eachway. THE VELVET QUEEN was 7 weeks between runs with bar plates on and defied history with punters absolutely (and astutely) launching her in betting. Big win and is still untapped. RUN D’AFFAIR RUN is a duck and will be hard to run down. VITAL FLIRT will also have plenty of admirers in the wet.