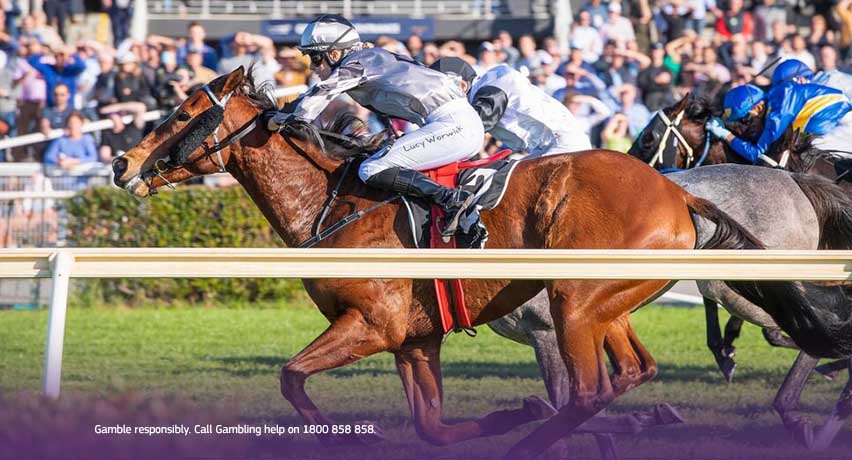 AZTEC RULER vs SENTIMENTAL BELLE is how most punters would have been looking at this 1200m 2 year old event and with the highly important early scratching of the Williams filly it leaves the race at the mercy of AZTEC RULER. Could not have been any more impressive on debut when gunning down 1000m specialist Revitup from a fair way off them at the top of the straight. Ran some of the most impressive closing sections of the entire meeting and looks like he’ll eat up 1200m. Mighty hard to beat. DIAMOND COMMAND backs up off 7 days after an honest effort at 1400 behind undefeated Morton gelding Paddy’s Lad. IT’S ALL A RUMOUR hit the line well behind Vampi at Play and Sentimental Belle, a form reference we’re expecting to hold up. EL PATRON is versatile and can be ridden on or off speed.

FLICKA’S CHANCE is a model of consistency (except for the bizarre Northam Traders run) and in this grade he is always hard to beat. Finished fifth last start but was less than a head from Arnie’s Boy and with a 1.5kg weight swing in his favour, a brilliant barrier and a great map where he looks like landing one out and one back, see no reason why he can’t turn the tables. Back to 1400m you’d think is more to his liking than to Arnie’s Boy’s. ARNIE’S BOY is flying, has found his grade and is holding his form brilliantly. No surprise to see him win again. I’M PRETTY hasn’t seen any clear galloping room in two runs this preparation. She’s going well enough if the gaps appear. SPEEDY MISS looks ready to win but the barrier hurts.

SAVAGE ONE looks to have found another great race to continue on his progression through the grades. Since they’ve ridden him for speed and got him rolling from the 600m he has seemingly worked out what it’s all about and they’re reaping the rewards. Beat main rivals Big Screen by 3L last start and No Apology by 2L at their most recent encounters and he looks like jumping and finding the top again. If he gets a mid-race breather, he’ll be hard to gun down. BIG SCREEN gets 2kg and 200m to try and grind him down but on paper looks like he will again have to do it from the breeze. NO APOLOGY is a wet track specialist and a gun off the quick back-up. Will need the rains to stay. FANGIO going better than numerical form suggests.

PHANTA and GINGER FLYER looks a very similar match-up to Savage One vs Big Screen in the previous event. Thinking that PHANTA can roll to the top again and control the race. Brandon Louis really let him roll last start (race was run 7L faster than C3 average) and while he didn’t beat much that day it was about the fact that he clocked those times with 61kg and was first-up. Should only improve second-up and drops 3.5kg in weight. Looks hard to run down. GINGER FLYER ran well first-up behind Savage One. She will get a similar run in transit here, it’s just whether Phanta is stronger or weaker than Savage One as to whether she’s a chance of gunning him down. SECRET DEPLOY and COBBANCO drop in weight and will be doing their best late.

BLACK FANTASY and OUTSPOKEN LAD settled one-two in running in the Aquanita and were able to control the race between them. On paper it looks an identical circumstance in the Belmont Classic with none of the fillies likely to contest for the lead. OUTSPOKEN LAD is a one paced staying type and thinking that at the 2200m he can start to roll from the 800 and get the rest of his opponents chasing. Hard to turn the tables on Black Fantasy at Set Weights but at the prices we’ll side up his way. BLACK FANTASY looks like sitting in the breeze again and is suited by the sit and sprint conditions of these staying races. MYSTERY MOMENT, FLOWER IN THE WIND and BE OPTIMISTIC all had legitimate excuses in the Belmont Oaks and all will have their share of admirers.

SLUICE BOX and RELIABLE STAR met on 18 June in a 72+ 2200 and SLUICE BOX came out victorious by 2L and meets Reliable Star 2kg better at the weights for beating her home. Shaun O’Donnell picks up the ride with Shaun McGruddy suspended and Lucy Warwick seemingly electing to ride Divine Shadow and provided he gets into clear galloping room he looks hard to beat here. STARTRADE is on trial at 2000m but he ran really well last start at his first attempt at a mile. Will get a soft run three back the fence and can work through his gears. RELIABLE STAR loves racing off 7 days. She’s a 2-time quick back-up winner and is going through the grades nicely. BLACK SHADOW well placed and well weighted after the claim.

MY BABY BLUE JEAN was disappointing first-up when resuming. She looked like being run off her legs behind Sockoff and Olga Louisa but she never looked comfortable in behind them at any stage and tailed out to be beaten a margin. This 1000m scamper lacks any sort of speed so thinking that Taj Dyson and MY BABY BLUE JEAN can roll along out in front and we might see a different filly with only 53kg. She’ll be eachway and should lead for a long way. CAPITAL FLIGHT is a highly talented sprinter who is looking for four in a line. New rider and up in grade but has the firepower to measure up. BEADS should get a gun run behind My Baby Blue Jean and is always there abouts at the Belmont 1000. THOMAS MAGNUM gets a very similar run to what he enjoyed first-up when returning victorious.

WARM ‘N’ FUZZY is a hard horse to run down when he is able to work his way to the top and control. Last start he found the front in a 72+ and they never looked like catching him and now he drops back into a 66+ as a proven weight carrier (winner with 60 and 59.5). Looks like he’ll find the front without much pressure and from there he will be rolling into the home corner in front at an eachway quote. You’ll get a run for your money with him. SNEAKY CHANCE is flying and while she’s deep into her campaign she shows no signs of training off. Should get a nice trail into the race along the inside. PINK CARATS is a talented sprinter resuming. The draw makes things interesting. Do they go forward? GHOST WHO WALKS sits back and has one last crack at them.

SHAKE THE BLOOM has come back a different mare this preparation for Jeremy Easthope. Trialled super behind Prince Turbo, won effortlessly first-up at Pinjarra and then backed it up second-up with a dominant 1.5L win a 60+ Graduation beating Olden. Last start Olden was able to turn the tables on her but she had a horror gate and settled in a different postcode to them. Thought she did a super job to rattle home into fourth and should get a far better run here from a more favourable alley. Eachway all day. THE VELVET QUEEN will divide opinions. Hasn’t raced for 7 weeks and has bars on. Best horse in the race but big red flags. OLDEN backs up off 7 days and chased hard on a Heavy8 last Saturday. NATIONAL GUARD is particularly well placed back into this grade.

NOWHITEFLAG is a high speed, high pressure beast. The two times in his life he has missed the kick he’s been spat out the back and been non-competitive. Forgive and forget is the best way to approach it. You would think here that he finds the breeze outside of Puli and from there he can run his own race and attack at the top of the straight. Goes round eachway and looks like he’s ready for 1200m. BRIGHT DIAMOND looks the map horse in the race. Between Puli, Nowhiteflag and Mood Swings/Excellent Dream they look like getting along at a good clip and Taj Dyson and Bright Diamond should track up in behind. PULI is capable on his day but likely cops some pressure here. EEYORE WAYZ likely concedes them a big head start.