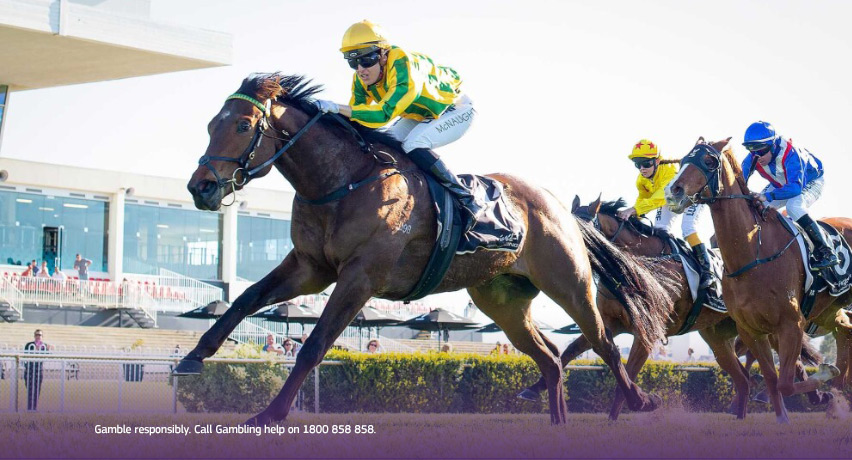 CITY CIRCLE has been unable to draw a barrier all preparation. Hasn’t drawn inside gate 8 at her last 7 outings and now she backs up off 7 days after chasing round in-form Brett Pope sprinter Requisition and is drawn to enjoy the run of the race. Last time she drew a marble she split Wilchino and Cuballing. Looks to have found her race. FIERY WATER loomed into the race first-up but didn’t quite finish off. Like City Circle is drawn to get an ideal stalking run. PRIZED NEMESIS showed last start that he is dangerous in this grade from three back the fence. MICHELLE MA BELLE will ensure they get along.

STANDOUT ROSE will likely have to overcome the day’s track pattern with an Easterly breeze blowing as it did last week which tends to suit those up on pace, but it’s hard to argue with her current race form. Backs up off 7 days when chasing super talented three year old Billy Ain’t Silly in a high rating 3 year old 62+. This looks a great race for her provided she doesn’t get too far back. LORD LONSDALE should roll to the top and gets every chance from there. Looks better suited at the mile than he was first-up at 1200. NOTORIOUS ONE went into every blackbook first-up. Ugly watch, immense raw talent. Just needs room. EURASIA gets it cheap in the box seat.

KAPTAIN KAOS needs to take the step from C3 midweek into 3 year old 62+ but looks super progressive and is definitely tracking in the right direction. Dominant maiden winner with the form really stacking up (Oceanic Rider, Starlift, The Verdict, Astro Warrior and Proceeds of Crime all subsequent winners) from the race. Last start was plunged and duly saluted with an authoritative victory. Can probably slide across to lead from the draw if Parnham so wishes. KALLAROO is a stakes winning 3 year old resuming from a spell. Loved the trial behind Rock Magic and Floyd. HOW’S THE SERENITY and CRITICAL ALTITUDE clashed in a midweeker and both look like Saturday horses.

FEATHERWEIGHT hasn’t done much wrong in three starts to date. On debut got round heels and chased hard behind talented filly Pixie Chix, worked hard to cross from a wide gate in a high-pressure Supremacy Stakes when battling on into fourth behind Liwa and Pixie Chix and then had to go back from a wide gate in the Perth Stakes. That race produced the Karrakatta Plate winner Ex Sport Man and he now finds himself back in a 2yo SWP. AIN’T NO OTHER MAN let down brilliantly when well supported in betting at his return to racing. Can track up from the box seat and looks hard to beat. PLEMONT caught the eye at trials and produced it on race day with an encouraging second to speedy filly Flying Missile. AWESOME RIVAL does a bit wrong but has a motor.

THAT’S FUNNY AZ was a bizarre drifter in the market last start when hitting $6 and beyond after opening $3.90. Did exactly what he had done at his prior two starts ago lead them a merry dance. Going through his victories, he seems to go even better when the pressure is on. With Cockney Crew and Uncle Lino engaged this will be a hard run mile and he can be last man standing. MY GREEK BOY goes round at big prices but if he gets the tow ball run behind the hot speed could find himself right place, right time. BOGART is hard to catch but looks a nice race for him. COCKNEY CREW will likely attempt to hold up underneath That’s Funny Az. Love to see the best of him again.

SOME SORT gets a brilliant opportunity to lead and win on a day which should suit those on speed. Blinkers were on in his dominant Pinjarra 1000m trial victory over stakes winning stablemate Money Matters and he should find the front and roll. Great return to racing when only gunned down late by talented mare Amasenus. ABSOLUTE comes from the same form race and meets Some Sort on the same weights. Pike a plus and he is the ideal ‘pinching inside runs’ kind of horse. ANGELIC MISS is a talented mare resuming but concedes some handy types a head start. MY DEMI needs a ton of luck.

CLAIRVOYANCE suffered defeat for the first time at the hands of a flying River Beau last week. Backs up off 7 days into the Marjorie Charleson Classic and gets an opportunity to bounce straight back into the winner’s circle. On ratings she returned ~3L below her brilliant peak and if she can get back to the level she was producing in Winter she’ll win. Looks like she will cross this week, on a leader’s day that’s daunting. CRYPTIC LOVE is the best suited horse in the set weights and penalties conditions as a m93 rater. Goes well fresh and can reel off a blistering last 600 on her day. PLATINUM BULLET chased Clairvoyance to within a short head last week. See no reason why she won’t be finishing hard again. WATCH ME DANCE is a fool proof filly.

WESTERN EMPIRE picks himself in the WATC Derby. Goes around deep in the red as he attempts the clean sweep: Lex Piper, JC Roberts, Melvista Stakes and Derby. The barrier draw makes things more interesting but as soon as there is a 3 deep train expecting Pike to hop into it and then allow him to stride into it from the 600. Hopefully not the last time we see him in WA. TEMPTACION let down really well from the 800-200 in the WA Oaks and then peaked badly on the run in the final furlong. If she gets the right track into the race she has a short sharp turn of acceleration which can put her into the mix. OUTBACK JACK has the unenviable task of conceding Western Empire 3kg from their Melvista Stakes encounter. LUNAR IMPACT will test their staying abilities.

CREATOR comes from the Amasenus/Some Sort/Absolute form reference which hopefully will hold up earlier in the program. His two runs in WA have been strong and the improvement he took first-up to second-up was highly encouraging. Looks a 1400/1600m type and from the draw he should get every opportunity to break through for Team Gangemi and their 1000 owners. BRUCE ALMIGHTY goes round week in, week out and is always there abouts. TOMMY BLUE sits over the speed and is never far from the winner. POINT TAKEN was enormous first-up but again has conditions against her.