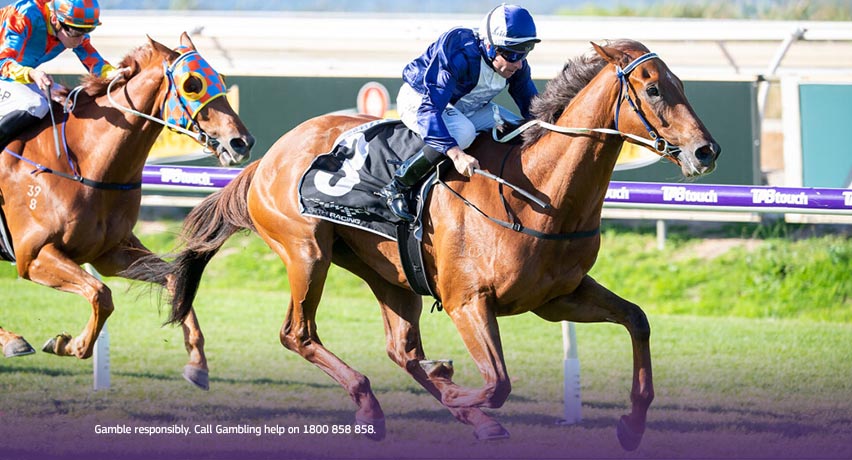 SNIPILLICIOUS should get a gun run just behind the speed set by Old Bailey and Safety Bay. Clint Johnston-Porter will have him tracking the tempo and provided he gets a run at them in the home straight he should make a contest of it. Think at this stage of his career he’s a 1000m horse. PREMIUM CHOICE has been a tough follow since heading to the metro area. Everything possible went wrong first start at Ascot behind Snipillicious and then he got back to last in a slowly run race and never got warm at his second start before tramping three deep throughout in a brave effort in the Westspeed Platinum Final. Deserves to win one but needs things to go his way. BREAD TO FLIRT had no luck when last in work. SAFETY BAY rarely run a bad race and sits on speed.

LEXINGTON CITY took a huge step from a maiden win into a 3 year old 62+ handicap last start when he held the front ahead of Metallon, gave an almighty kick at the top of the corner and was only run down late by Sneaky Chance. The third horse was Hardly Ever who toyed with them last Saturday and thinking here that Lexington City leads and gets it relatively cheap. Hard to run down. VIA MONTE looks the obvious danger on paper and should land leader’s back following Lexington City. If he gets a clear passage in the home straight he can fly late. COLD SHIZZLE meets Via Monte 4kg better at the weights from their last encounter and races well fresh. TADWEER brings intrigue at his WA debut. Trialled without shades.

TIFFANY STREET was the target of big money late in betting on debut (same as stablemate Top Of The Pops) and she duly saluted, giving Danny Morton another impressive 2 year old debutante. The only minor query here is the barrier and whether she can get across without burning too much petrol. Considering that Itsatrap has accepted for Thursday at Pinjarra she could well be a withdrawal which would make the task that much easier. If Itsatrap comes out she’s awfully hard to beat. LORD GANNICUS trialled like a horse who could make a slash on debut. Love the way he chased down the free rolling leader and he looked to have a bit left in reserve too. SCHNOOTS was really sharp on a soft6 in her jump out. ROCKON MOLLY will be back in traffic but showed something in her initial preparation.

SNIPAROOCHY steps out to unchartered territory at 1400m but it is hard to not be impressed by the way she skipped right away from them last start and the form out of that race with both Speed Dream and Testing Love winning at their next starts, beating Dunbar and Scorpion Stormz (also from the same Sniparoochy race). The form though her is hot and provided she sees out the trip she should be too sharp for these. BLOW ME OUT drops significantly in weight and has the services of the pick-up King Shaun O’Donnell. BEAT THE BRO ran well first-up in another strong form reference race. CHARLETON EDDIE is racing below his best but this is the thinnest race he has seen for a while.

IT’SASRAYDAY will be all the rage at his return to racing. The Fairetha Stakes winner oozes class and looks ready to burst his way through the grades this preparation. The fact he is $6 All-In for next weekend’s Roma Cup (plz) at WFA gives an indication of the opinion held of him by the WA racing public and while towing the field to Ziebell is no easy task, expecting him to get the job done on return and stamp himself as a progressive sprinting type. ZIEBELL will be double figures but with only 55kg on his back and a 3kg claimer who can let them roll aboard he might just take running down in this. Don’t discount Jack. LIWA found herself out side the leader first-up. That’s the last position you’d want her and she ran accordingly. Ridden cold and saved for one sprint is her game. WRITTEN MATTER is classy but the map looks tricky.

DOUBLE SPICE is simply a different horse in the care of Neil Dellar and is also a different horse when ridden by Laqdar Ramoly. Proven weight carrier as a winner with 61kg and 60.5kg and proven on the fresh side. Three starts ago he won in this grade, at this track and at this distance and he would have been a moral beat if he didn’t get clear in the last 50m when absolutely bolting in behind them. He is flying and the map looks perfect for him, following Warm ‘n’ Fuzzy and Critical Altitude. CRITICAL ALTITUDE and WARM ‘N’ FUZZY clashed 7 days ago over 1000m and there wasn’t much between them. They’ll both sit over the speed and be there a long way again. ABOVE THE PEG ran well first-up and then improved again with a change of tactics. This is a fair bit tougher.

MAROCCHINO doesn’t know how to run a bad race. He was forced into the roll of pace-maker in the Diggers Cup and was run down by both Sentimental Queen and Prince Turbo who he meets again here at 2200m. Think the difference in this race is that he doesn’t have to be the bunny with Chuck A Luck likely to roll forward and take care of the speed. Sure they would love a bit of cover but not convinced it’s coming for him. Regardless he’ll run you his usual honest and consistent eachway race. TENA KOUTOU is a 4 year old on the rise and perfectly placed into this 82+ on the minimum. Just needs to work his way off the fence at some stage. SENTIMENTAL QUEEN looked a mapped and weighted special last start and the punters filled the boots backing her from $6 into $2.80 and she won running away from them. Barrier makes it a bit tougher and now she has 57.5kg at the full staying trip. PRINCE TURBO was an excellent return to racing from such a long injury enforced absence.

GENERAL GRANT is the type of horse where they would probably prefer to be drawn out than in, however, this looks a really winnable assignment for the progressive staying type. SJ Miller has always touted a Broome Cup as an option for him but the way he’s going he’ll likely continue his way through the grades over winter regardless of where they aim him. The Buster Bash form reference has been a recipe for cash over the last 21 days and he looks every chance of extending that run. HEZAPRO and ARAGAIN both come from the e same race behind Piccola Signora in 66+ grade last start. HEZAPRO the beneficiary of a massive 4kg weight swing. ARAGAIN maps beautifully just behind Frequent Friar. WITHOUT REASON will drop out the back and sustain a run from the 800.

SPECIAL VIEW will roll to the top in this 1600m event and only has a postage stamp weight of 52kg on his back. Meets Lonehand Larry 5kg better at the weights for their clash two starts ago and meets Kaymay 3.5kg better for their clash last start. Excellent use of the claim to get in below the minimum and think he’s ready to win. Has been slowly but surely building run by run and this looks an ideal set up and he goes round eachway. MAJINIKA similarly gets big weight swings on key rivals with the increasingly popular use of Safari Dyson’s 3kg claim. Gets 7kg on Downforce from two starts ago and 5kg from last weekend. Going well the old boy. PICCOLA SIGNORA comes back in trip deep into her campaign but she’s racing well. DOWNFORCE is hard to catch (wish I’d remembered that 7 days ago) and looked to peak on his run at 1800m.