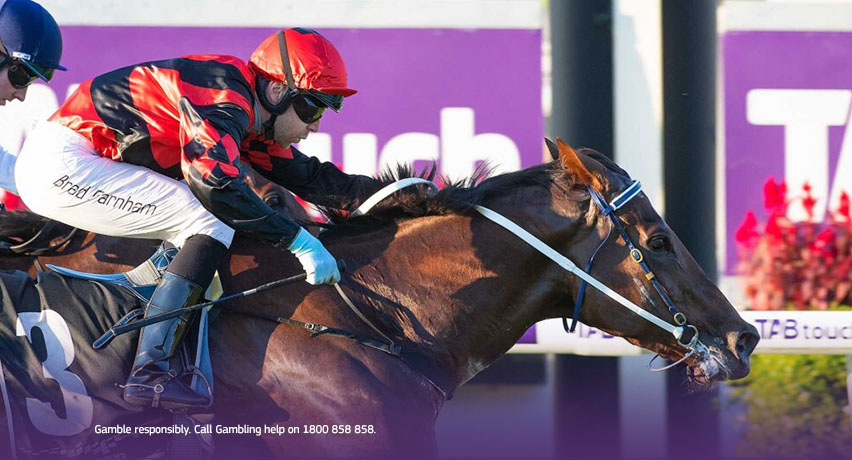 WARM ‘N’ FUZZY was scratched behind the gates last Saturday lame which is an obvious red flag, however, Ash Maley produces him 7 days later to the races and strikes a very winnable assignment. First-up he sat in the breeze outside of Cross Statement with 59.5kg and was able to grind him down with that galloper since being really well supported in this grade and then likely to have a following later in the program in a 66+. Sits over the speed and hasn’t run a bad race since changing stable. CRITICAL ALTITUDE is one tough mare. Last start she was left a sitting duck for emerging filly Madam Kisses to get past and even with 2kg less and a tow into the straight she couldn’t get past her. Map is tricky if Mr Causeway or Pasajero come out running. GUNMETAL GREY will sit back and be saved for one run. SIR MAMBO must have serious soundness issues. Scratched more times than he’s raced in the last 12 months.

TOP OF THE POPS was well found late in betting on debut and the market move was astute. Had finished 7L off stablemate (and impressive subsequent winner Tiffany Street) in his most recent trial but let rip through the middle to get right away from them late on debut and score a 1.8L victory. Should get a nice run midfield with cover and looks a talent. SWEEP THE LEG ran second to Baby Paris on debut when three deep the trip. Not convinced barrier 1 does him any favours but he’s definitely above average. I LOVE YOUR SMILE was thrown into the deep end on debut in the Sires. Ran a big race considering how everything unfolded (first 800 = 11L slower than average). GODDESSS OF GIVING was on a 3-day back-up going into the Sires. Best to forgive and follow off her debut run.

FEATHERWEIGHT might find himself in front by default here. There is simply no speed apart from Magnificent Andy who is coming from the outside gate and out of a moderate C1 (when missing the kick!). Last start was in behind them in a slowly run affair and then couldn’t show the same sprint with 60kg as others who had momentum on their side. Has been a winner producing race and he has come back to racing well. PRAY AGAIN was one of the best trials you’re likely to see this season. Trial was back on 14 March so it’s been a while since but it was so impressive. Could be in for a big preparation. HARDLY EVER was a shade disappointing first-up. She’s better than that. SUCCESS PLAY ran well fresh and had no luck last Saturday when three deep the trip.

SUNSPHERE was simply run off his legs last start as were a number of others. At the time of writing there have been 4 horses from the race behind Buster Bash head to the races (Piccola Signora – winner, Ground Braker – winner, Be Optimistic – winner and Hezapro – placed behind Piccola Signora). It is white hot form and the times out of the race suggested it would be (5.5L faster than 60+ average). Drops half a step in grade into a Westspeed Platinum and comes back in trip. Rock hard fit and looks a suitable assignment for him. CUBAN TWIST was solid at her return to racing. Sat in the breeze and fought on alright. Drops 2kg second-up and is drawn to lead. KEEPER SWEET is going well but the draw really hurts. GINGER GREEN brings alternate form but has never run a bad race.

DOWNFORCE was too sharp for his opposition last start when the beneficiary of a 10/10 from claiming apprentice Laqdar Ramoly. Lucky only has 8 more metro winners until he outrides his claim and punters lose the invaluable luxury of his 1.5kg claim. If Downforce can reproduce the same L600 at 1800m as he did at 1600 (when beating subsequent Diggers Cup plunge winner Sentimental Queen) then he should go back to back in a moderate race. WEE RIPPER might find the front and get things cheap. Coming out of the hot Buster Bash race. SOWAR comes back in trip but the wetter the better for him. MAJINIKA has found a new lease on life with Ricky Moss but he maps horrendously.

SNEAKY CHANCE is more than a sneaky chance of making it four on the bounce this preparation. The only unknown and minor query is stepping out to 1200m again after they have seemingly worked her out as a short course sprinter. Provided she gets the 1200m she’s the one to beat. Love the placement (m66 in a 66+) and love the fact there’s so much speed in this (Apple Schnapps, Cross Statement, He’s Gold, Lacevinsky and Scandolo). Gets last crack at them. APPLE SCHNAPPS was far from disgraced in a 78+ first-up when finishing within 1L of Express Time. Comes right back in grade and is a clever use of the 2kg claim for Brandon Louis. Nice race for him and a proven wet tracker if there’s residual give in the ground (surely). CROSS STATEMENT is racing well but this is an awkward race for him speed wise. SCANDOLO is as honest as they come.

BUZZOOM and AMASENUS do battle again in the Sheila Gwynne Classic at 1400m. There is a 1.5kg weight swing in favour of Buzzoom and the extra 100m is definitely in her favour. Last start she hit the front on straightening and ultimately brought Amasenus into the race. She’ll track the speed behind Lipstick Flickers and Dee Keepa and be presented at the right time. Another great race for her on paper. AMASENUS is on trial at 1400m but why couldn’t she run it out? Probably gets the exact same map here with Brad Parnham looking to follow younger brother Chris everywhere in the run. CRYPTIC LOVE is bursting to win a race. Imagine if there was a cutaway for her. Dreams. LIPSTICK FLICKERS can roll to the top and give cheek.

OTHERONESON got himself beaten last start. Was reeling ground off Kia Ora Star who skipped away at top of the straight and then was laying in under pressure. Protested unsuccessfully but punters are guaranteed to follow up here with the talented 3 year old. Looks like he will box seat from barrier 1 following Kia Ora Star (usually leads when there’s a 3kg claimer on) and he wobbles in the straight. Breeze horse Scoreline likely jumps 200-1 and so he might even be able to push out on straightening. Expect him to turn the tables. KIA ORA STAR has been in sensational form all preparation. Actually meets Otheroneson 1.5kg better at the weights for beating him last start. Obvious danger. ATLANTIS BEACH is a work in progress but there’s definitely something to work with. BEAT THE BRO can come on quickly.

DASH DOLL gives Kate Witten a big chance of kicking one home in the metro area which would be deserved reward for effort. Thought she toughed it out bravely last start as the horse who had to tow the field to Elafella. Kate threw the kitchen sink at her and she kept coming all the way to the post. With so much speed in this (Elafella, My Mate, Snippagem) she should settle midfield with cover and goes round eachway. THE VELVET QUEEN returns to the races at 1400m off the back of a pass mark trial when she was asked for nothing. She’ll likely lob three back the fence and will need some luck. Looks a progressive filly but tends to go round on the shorter side. ELAFELLA only knows one way and that’s to roll. INVICTUS DOMINI was much better last start when the shades came off and he was ridden more conservatively.