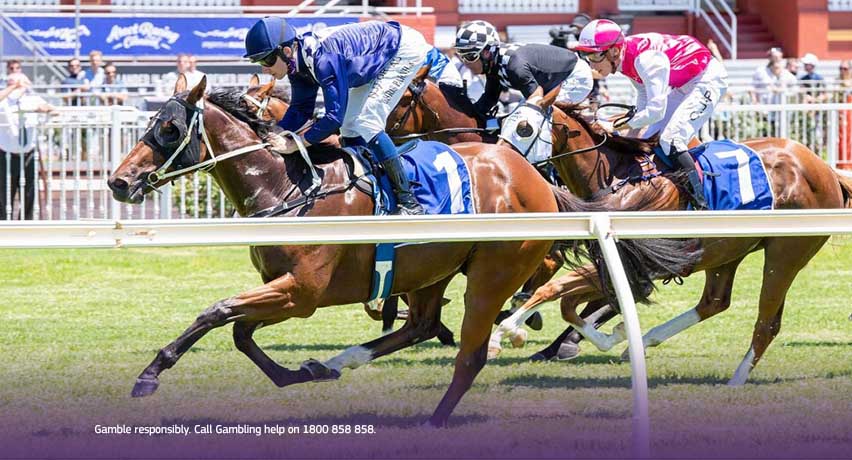 HARDLY EVER was an incredibly impressive trial and is a filly with huge upside and potential. Her debut win was a proper plunge job and then she was given a 59 day freshen to get ready for the bigger 3 year old races. Finsihed second to Buzzoom and then got a mile out of her ground and over-raced in the Burgess Queen Stakes. Immediately tipped out after that and resumes here in a 1000m scamper at Ascot. Fancy she’ll be a better Belmont Park horse and a better 1200m filly but her trial was too good to ignore. METALLON is a beast. He crossed last start when many (myself included) questioned him in an acid test. Came through with flying colours and gives popular apprentice Kate Southam #Kathy a big city opportunity. SNEAKY CHANCE is letting down like a Saturday horse and see no reason why she can’t make big ground late. LEXINGTON CITY has always gone round short in both outings to date.

SCOOTER’S MACHINE is always there abouts in this grade. Has raced outside his weight division at his last two when finishing 4L off Bragwell, Phoneme and Buster Bash in a 66+ and just over 3L off State Attorney, Express Time and Staralign in a 72+. With two of those three winning last Saturday and Scooter’s Machine dropping from a 72+ into a 58+ he’s worthy an eachway ticket. GARAGE DAYS let loose at Pinjarra last start to gun them down. Never far from the action, super consistent type. TRADEM’ IN found himself in front last start in unfamiliar territory. Gets a great chance to follow a natural leader here in Scooter’s Machine. CUBAN TWIST is well suited to racing in this grade and can be produced fresh.

OUR BOY DYLAN is rarely seen in this grade. His first-up run without a trial was in a 66+ 1000 when beaten 1.5L by Miss Frost and Pink Carats. He then came through the winner producing State Attorney, Express Time, Star Align 72+ 1200m second-up and last time out had no luck at all from a wide gate in a complete forgive run (and still dropped 2 points #luxury). Drawn an ideal gate, regular rider back on and back in grade he looks a live hope in an open race. CROSS STATEMENT and NUHAD will both roll along in this and ensure it’s a genuine tempo. Both are capable front running types. GUNS OF NAVARONE is well suited to racing in this company. He will loom large on straightening.

BUSTER BASH can be forgiven for last start. David Harrison took the aggressive route with him, electing to go straight from a C3 to a 72+ and he simply found the more experienced horses too good. He drops back into a much more suitable 60+ and after Jett Stanley’s claim gets in with a winnable 57kg. Jett has ridden him once for a dominant all the way win and expecting them to cross from barrier 13 of 15 and find the fence. From there he’ll give you a sight. GENERAL GRANT was able to get out and moving last start and that seems to be the key to his racing. Just needs tempo and room. KEEPER SWEET has gone to a new level since being ridden a bit more conservatively. Big win two starts ago and then huge when wide and working throughout last start. SUNSPEHERE should get the right run into the race in the moving line.

SENTIMENTAL QUEEN is a very handy mare who is capable of winning again in this 72+ grade and then getting her deserved chance at Listed company. Her two ‘failures’ this preparation have been in the Detonator Stakes when running them along and in the Bunbury Cup, both starts when miles outside the handicap. Lucy Warwick rides her better than anyone and if she gets an ounce of luck early and finds a position she’ll again prove hard to beat. DOM TO SHOOT rises significantly in weight but is racing really well. Loomed the winner in the Old Comrade before Bruce Almighty fought him off. LIPSTICK FLICKERS is on trial at 1600m but she’s in a rich vein of form and can stalk the leaders from barrier 1. PLAYING MARIKA was disappointing last start. She’s better than that.

LIWA will park midfield and be saved for one last burst at them. As a m82 rater she won’t be the easiest filly for Simon Miller to place over the next few months so you would think that he has had this exact race in mind for her on the calendar for a long while. Between Ziebell, Acromantula, Express Time and Apple Schnapps they will clap the speed on and provided she doesn’t get run off her legs early she’ll flash late. ACROMANTULA was disappointing last weekend. Crossed, lead, kicked and didn’t offer much in the final 200. On review the fence as not the place to be but he’ll also have to sit second in running here with Ziebell engaged. EXPRESS TIME is a marvel. She’s lumping 58kg in a 78+ now but gee she’s tough. ZIEBELL is always a jump and run hope with no weight on his back.

OTHERONESON is an exciting 3 year old working his way through the grades. Danny Morton elects to take on the older horses in a 66+ and he gets in perfectly on the minimum. He is drawn a gate where they can ride him however they want and there looks to be good speed through Time Scale. Looks a horse in the rise and with Danny Morton and Chris Parnham striking at 31% as a combination in the last 90 days he’s well worth consideration from a betting perspective. CATALPA is another 3 year old on the rise. He was nothing short of enormous last start when tramping three wide the trip without cover. Stalks Time Scale. KIA ORA STAR is bursting to win a race. TIME SCALE will run her usual lead and roll race.

LEFT THE BUILDING looked to be run off his legs in the Karrakatta Plate. Worked to the line fairly but think he is far better suited both out to 1400m and into a race with a lot less tempo. If he can reproduce the run of the Perth Stakes off the back of the speed he takes beating in this years WA Sires’ Produce. SNOWDOME had the shades removed after a first-up failure in the Perth Stakes. Bounced back to form and showed his true ability level. No real speed in this and might find himself left alone out in front. PENNY ON THE QUEEN is absolutely flying. Her last three runs have been excellent. She’ll charge through the line. SWEEP THE LEG was stiff to run into a filly as good as Baby Paris on debut when well supported in betting ($12 into $4.60). X-Factor horse.

MOOD SWINGS is well placed by George Dupre in this 66+ 1200. Last time he was in this grade he beat home in form mares Lipstick Flickers and How’s The Serenity. Last time out he raced in a 78+ outside the handicap and finished a narrow second to talented filly Buzzoom. That form will be on display on Friday in the Marjorie Charleson and from the barrier expect him to slide across and breeze outside My Mate. From there he’s the class horse. MY MATE is coming up sharply in grade but has done nothing wrong since failing down the 1000m straight at Pinjarra. MATERIAL WITNESS savaged the line last start. Ready to win. ALIEN FROM MARS is going through the grades and has a big L600 in her.