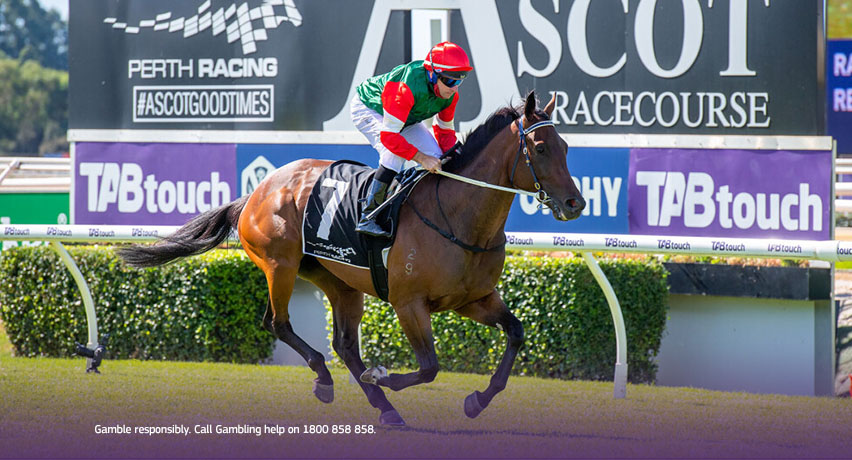 METALLON returned to racing in a blaze of glory. Dropped a gear once he sailed past Dance Session and put a gap on impressive subsequent winner Harmika. Shaun McGruddy is a gun from the box seat and Metallon should position up behind Dance Session and My Baby Blue Jean. From there he holds a tactical advantage over main rivals and he looks a very sharp sprinter in the making. Maps a treat and looks hard to beat. STATE OF POWER had to reel off some slick closing sections to pick them up last week. Broke 33 seconds last 600m but in review was definitely the beneficiary of the riderless horse. MY BABY BLUE JEAN is a high cruising speed mare. She’ll likely lock horns with Dance Session. NO DICE has come back a nice filly and should appreciate the hot speed.

GOLD MERITS is bursting to win another race and with Laqdar Ramoly returning from suspension she gets some weight relief and weight swings on key rivals in the race. From barrier 1 she is likely to end up three back the fence in traffic so she’s going to need some luck and a really good ride but there’s no doubt she’s in career best form. SPIRITED SESSION can put in a shocker from time to time with his poor racing manners. If he brings his best he’ll sit over the top of the speed with Stella Fair and be right there in the finish. GALLANT RANGER loomed to them last start like he was going to win soft. Didn’t quite finish off. STELLA FAIR has been tremendously placed by Adam Durrant this campaign and finds yet another winnable race.

BIG BADA BOOM can do a few things wrong in his races (you only need to watch last Saturday’s race to see how ‘quirky’ he can be) but this is a great race for him on paper. One from one off the 7 day back-up, Brad Rawiller back into the saddle and dropping back to a mile where he is proven. Think he can park up outside of Scoreline and be the first horse past him in the home straight. From there he’s a live chance and likely gets out to an eachway quote. GINGER BAKER is teasing punters at the minute. He continues to find traffic and continues to savage the line when getting out late. Ready to win and the senior rider goes back on. DOWNFORCE is in form and if he can find something to take him into the race will be flashing at them late. CRESCENT CITY was gifted a dream inside run last start. Does it far tougher here.

LA FAROLA should get the right run here with a genuine pace likely to be set by Scooter’s Machine and Express Time. Last time she was at 1200m she was off a 63 day freshen up and she was able to beat God Has Chosen. She then never saw daylight in the Jungle Dawn, finished third in the Starstruck and didn’t stick out the 1800m of the La Trice. Freshened up, back in trip and goes round eachway. Has a nice turn of foot on her day. EXPRESS TIME is impossible to fault and amazingly is going to go round at a price again. Won four of her last five, including running down Spin The Knife last start. Mare in form. RIVER RUBICON is a hard one to line-up. Was ridden a treat last start in a 3 year Old Plate where the leaders attacked eachother and he ran straight past some tired horses. Think this is much tougher and he’ll go round short. Risk at the price. STATE ATTORNEY is a barrier horse. Gets a soft run.

AMELIA’S JEWEL was the talk of the town on debut and she didn’t let her massive following down when reproducing and improving on her electric turn of foot she showed at trials. When Patrick Carbery released the handbrake, she exploded away from them and was immediately crunched into favourite for the Karrakatta Plate. The barrier draw makes things interesting but we’ll again put our faith behind the in form hoop and watch with excitement as she looks to retain her undefeated tag. Serious filly. COSTUME PARTY bungled the start and was forced to try and make a run around Amelia’s Jewel last start. May well end up a pair in front of her this time around and that can bring her into top 3 calculations. SHE’S GREYSFUL was really sharp in her 400m jump out. Big win beating Sheeza Belter in a SWP and then another great run in the 2 year old Magic Millions. DEVINE BELIEF got tongues wagging at trials back in December.

SNOWDOME has a set of shades on for the first time and his two preparation trials have been soft. Didn’t get much luck on debut and then was only run down late by Street Parade at start two (gets 1.5kg on him here). Travels strongly in the run and from the draw he should take up a prominent position in running. In a wide open race with a number of live chances he looks like getting a gun run over the top of the speed and goes around eachway. MAN CRUSH won the Crystal Slipper from the breeze and then won his most recent when leading. No surprise to see him fired out of the gates and run well again. LEFT THE BUILDING is all X-Factor. His trial in November got nationwide attention and his trial leading into the Perth Stakes was monstrous when tramping five deep the trip. GIVEMEONEREASON has won both of his trials and was backed into $1.36 on debut before being a late scratching after a mishap.

TIME SCALE looks to have found an ideal race to bounce on the lead and control the tempo. The stable have attempted to sit her and settle her in her races but now that they look content to allow her to stride forward think that she can go through the grades. Missed away last start and then pulled herself around them to the breeze before being too strong with 59kg. Didn’t beat much last start but her two main rivals in this (Trade War & Dazzling Dane) are both draw awkwardly. If Holly Watson can pinch a cheap section mid-race she might sneak away from them before the corner. TRADE WAR is knocking on the door but just can’t buy a barrier or a suitable race pattern. If he gets any ounce of luck he’s a huge danger. DAZZLING DANE was enormous last start and showed she’ll very quickly measure up in this grade. Emerging mare. GROUND BRAKER gets a soft run.

SON OF A GOD looks to have found his race this preparation. No luck in the Pinjarra Classic and beaten a margin. Improved massively second-up when again afforded no luck in running from a wide gate and still managing to run on into fifth behind Carocapo, The Spruiker, Hot Zed and Clairvoyance. None of those gallopers are in the Grandstand Cup and Son Of A God looks perfectly suited. If he reproduces his second to Hot Zed in the Carbine, or his run from the Bunbury Stakes he’s the one to beat. SON OF BACCHUS was run off his legs last start. Going well this preparation. COMING AROUND all of a sudden finds himself top weight in a re-handicapped 82+. Big loser out of Vital Silver’s retirement. BRUCE ALMIGHTY was never a name you associated with a Listed horse but he’s rock hard fit and not that badly in at the weights.

OUR IDYLL will go round 20-1+ in the final event and it looks an absolute raffle on paper. The most popular horse will be Sluice Box and he has 59kg and is drawn barrier 14 of 15. There could definitely be a blow out in this and Our Idyll is sneaking under the radar. Third in the Narrogin Cup behind Come Right Back, fourth in a strong form race behind All In Red and then minimal luck in the Esperance Cup. Think she’s a genuine blowout chance at big odds. SLUICE BOX put the writing on the wall three starts ago behind Tena Koutou. Held up the entire length of the home straight behind Downforce and then was huge in the Esperance Cup. Ready to win is an understatement. PALE RIDER steps up in trip and gets big weight relief. Worth following this campaign. KERMAN ROCK is Kerman Rock. He’s incredibly well weighted after the claim but he struggles to win races.