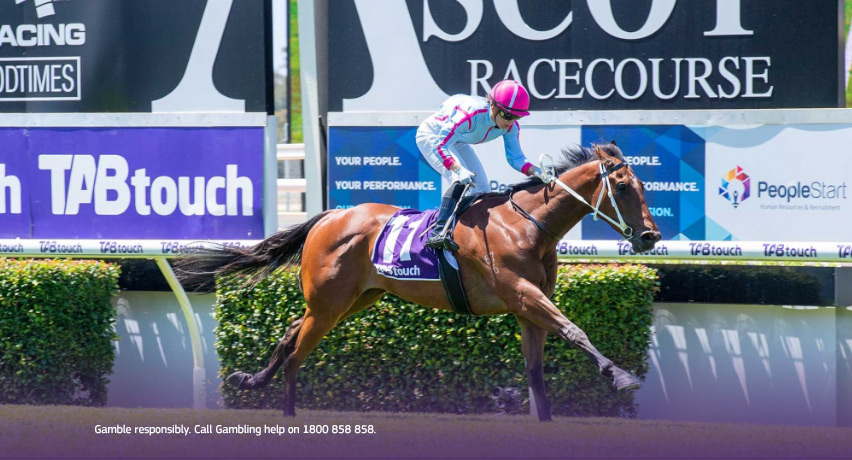 SNIPPY MISS and WAKAN TANKA are 6 from 101 between them. Something to be proud of if you’re a Test Match spinner but doesn’t give you a great deal of confidence when you’re looking at the pair of them as the horses to beat in a lowly C5 1500 at Ascot. SNIPPY MISS should park up in behind them and she’s going as well as she was in May 2021 when her campaign started. WAKAN TANKA lead for 1490m before being swamped by progressive mare Penny’s Afield last start. Leads again and gives cheek again. AVALON BAY is really well placed in this. Seems to go best fresh and if it does rain it only enhances his winning chances. KEYTRADE is going super but has a really stick map to contend with.

REBELZONE can park in behind speedy pair So Birikkino and Choice Bid and enjoy the run of the race. She won her (second) maiden well and looks the map horse here. This is not a deep C1 and she gets her chance to remain undefeated this campaign. CHOICE BID has only won 1 race from 21 starts, but it was on the quick back-up and on a rain affected track. Likely to get both of those conditions in this event. SO BIRIKKINO hasn’t fired a shot so far this campaign but has the fence now. GALANCY was a surprise packet when last in work.

DANCE SESSION is quick. TIPSY ANGEL is quick. BORN TO TALK is quick. DIAMOND BLUE is quick but not as quick as the first three mentioned. This is going to be a high speed, high pressure sprint. Going to side up with DANCE SESSION but she’s certainly no star and seems to go round unders for her ability level. Think she’s best served really rolling in her races and might be dictated to here. If they allow her to get crossed it’s game over for her. MUSSA is coming out of a 46+ at Narrogin when narrowly beating 9 year old mare Dolly Em. That’s not a form reference you’d be keen to follow but if they over cook it she’ll be coming hard late. BORN TO TALK is still a maiden but fought on well behind talented filly Alsephina. DIAMOND BLUE is drawn really awkwardly and might have to do it tough.

DIAMOND ROCKS looks a handy filly from the trials. Won her trial over 930m down the back straight at Lark Hill in January and then was given a few months until being produced again on Monday over the 950m. Was able to work through to lead and then travelled really nicely under Lucy Warwick until asked for an effort and showing a turn of acceleration at the end of the trial. See no reason why she can’t win on debut. CALIFORNIA RISING was thrown in the deep end (relative to many of these) on debut when going round in a SWP 2 year old race behind Swear To God. Thought he held his own. DEMOLISH is going really well and knocking on the door. TIFFANY STREET was tested in her trial but kept coming to the line.

VALBANI has been there abouts her entire career. One of the best runs of her career was on a Heavy8 at Pinjarra early days and so if it does rain on Monday and there is some give in the track then she’s one of the horses who should be improving. She’s going well and insihing only 2L off Bambun Boy last start is a nice starting point for a race like this. Nothing between the top 5 or 6 and she’s a live hope. ARTIENNE finished fourth to Birdieagle and fifth to Bentley Beau. Not bad efforts for a race like this and from the barrier and with CJP on she’ll have admirers. SNIP’S ROCK was run off her legs in a sharp 1000 behind Alsephina. Think that’s a speed race that times punters will launch. So no surprise to see her meet with support. DELTA ANNE is going well.

KOLCHINO is a C1 in a C3 which is normally a big no-no for me, however, have loved both of his trials and his races when last in work screamed out those of a horse who would come back bigger and better next campaign. There isn’t much speed in this and he should park up over the top of them. Shaun O’Donnell on fire and like him as a type so going to break the rules and put him on top on speculation. SAFFIANO drops in grade, has shades re-attached and comes out to his preferred distance. THOROGOOD was highly impressive at his WA debut. AMBERGATE ROSE is a consistent mare who is going well.

SENTIMENTAL QUEEN looks the map horse here. Bruce Almighty likely leader, Marocchino likely breeze horse, Sentimental Queen box seat and from there she’s going to enjoy the run of the race. Got run off the track last weekend and prior to that unleashed a powerful turn of foot to score by over a length. Sneaks in perfectly on the minimum and when Bruce Almighty tries to pinch it at the 400 Sentimental Queen just needs to hold his back and then get into the clear. Like the look of this set up for her. BRUCE ALMIGHTY is a male version of Express Time. Consistently under-rated and just keeps winning. On trial at 1800m and has 57kg now. FRIARESQUE can track up in behind the speed and goes well on the fresh side. PRINCE TURBO hasn’t been seen since 15 August 2020. Would be some training performance to get him over the line first-up at 1800m.

GRACE DU ROI is a filly going through the grades. Found traffic at Albany two starts back and then reproduced her maiden win when getting home nicely down the centre to gun down relatively handy 3 year old Zadar Rock. Steps out again in trip and looks like a stayer in the making. No stars in this C3 1800 and she gets a wonderful chance to enhance her record. GROUND BRAKER is a fellow 3 year old who looks really well placed here. Last 5 have been in higher grade and he is a C3 winner previously and undefeated on the quick back-up. Fair few ticks. ACT INNOCENT had genuine excuses last start. DESIGNATED DRINKER is ready to win and was massive in defeat last start.