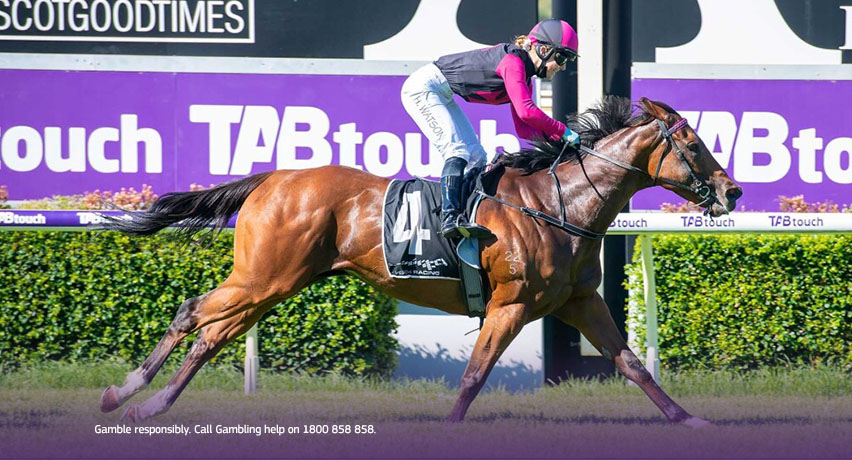 FREQUENT FRIAR has shown a level of ability when he finds the front and rolls in these staying races. Small field, no other genuine speed and Holly Watson engaged to ride. Looks like an ideal race for Frequent Friar to roll to the top and then out stay them. First-up run behind Pale Rider in a 60+ Graduation was excellent and then he had no luck at all at Albany. Don’t mind him here. CAFÉ NERA will attract a lot of followers. She’s going well and she’ll get a gun run from the barrier. VEVINSKY was stiff not to grab Burn One Down last week. This is tougher but not by much. SHEIKH IT has the best race for but is yet to prove himself at the staying trip.

SILVER BUGG has come back to racing well this campaign. Attacked the line hard behind My Boy Chris first-up and then was posted deep throughout second-up when fighting on well enough into fourth beaten only 1.5L by Rebelzone and Superiorize. This is not a deep maiden and she can go well. ALSEPHINA is drawn to get a lovely run in the box seat and her recent trial was sound. Should measure up on debut. CELTIC GREY is a hard filly to line up. She doesn’t have much gate speed and is clearly a work in progress but her trial win was strong. BORN TO TALK will jump and run.

SNIP OF GLORY was caught three and four deep the trip last start and while beaten a big margin into fourth she never gave away the chase. She showed first-up that she has the ability to hold a position in running and this looks a winnable race for her. SERVICEMAN continues to run good races without breaking through. Lacks a killer blow but with Watson going on they might look to cross and lead. AZTEC GOLD trialled up nicely for her return and Patrick Carbery would have had the choice of three or four rides in this. THE ADMIRAL brings intrigue at his WA debut. Watch the market.

PENNY’S AFIELD had to work her way through traffic in the home straight at Pinjarra and as unable to reel in Blow Me Out. From the gate she’ll again park midfield with cover and she’s showing a turn of foot. Typically these types from Michael Lane’s yard improve start to start and she’s seemingly getting better with racing. FIRST MISSILE was a touch disappointing last start when offering very little from the 600 onwards in a grinding type of effort. Willing to forgive one moderate performance. Has ability. SAMSURIAN doesn’t win out of turn but this looks a nice set up for him. ALBUKHTURI is rarely far from the winner.

BAMBUN BOY looks like the kind of horse who can go through his grades and make a nice bread and butter horse. Big effort two starts ago behind subsequent C1 winner Market Stryke and then had the shades added for the first time in a mile maiden and never looked like being beaten at any stage of the race. Looks like he’ll eat up the extra 200m and Brad Rawiller should have him tucked away in behind the speed ready to pounce. BIG SWOOP comes back to 1800m and can find the front and give cheek. BIRDIEAGLE was well found last start and ran away from them late in the race. COMEALILBITCLOSER never saw daylight in a sit and sprint last start. Tough watch.

MADAM KISSES trialled like a filly who would be winning first-up. She drew the ‘wrong’ side of the Pinjarra Straight and still proved far too good for them. Was a slick trial, was a slick win and looks a pretty sharp filly from Bernie Miller’s yard. This race has plenty of speed with So Birikkino, Critical Altitude and Elementary Holmes all vying for positions and so expecting Madam Kisses to get back in the race but unleash late. Like the look of her. CRITICAL ALTITUDE is already a winner in this grade and is going well. SO BIRIKKINO flopped first-up. Plenty of horses fail down the straight. SOMETHINGREADY should get a nice run midfield.

BOURBON BEAU has been a galloper who has divided opinions throughout his career. Used to go too hard for his own good and now seems to be at a point where he can settle in his races. Awkwardly drawn here but thought he trialled nicely and Annie King can get them going fresh. This is wide open and he’s one of many chances. HORIZON will go round double figures in this but he is actually really well placed by Greg Carige. Rarely seen in C3 company over the last 3 years. First-up last campaign he finished less than 4L off Panzdown and Comes A Time. NOBELIUM is another who is likely to have little to no love in early markets. Forget the last two runs down the straight, previous form was good. DREAM EVIL has come back to racing well and has a nice turn of foot for this grade.

BUZZOOM returned without a trial in a 78+ against the older horses and got the job done over a rock-hard fit Mood Swings. This is a seriously good Fillies & Mares race with the field having won 9 Listed and 3 Group races between them so she’ll need to improve again but she gets the map and the race profile to do so. Expect her to stalk the every move of This’ll Testya and be right there in the finish. THIS’LL TESTYA recorded a 3L Personal Best in the Cyril Flower. She’s not stepping as brilliantly as she used to but there’s no other pace in this. Expect her to kick through and lead. SEARCHIN’ ROC’S was every bit as good as Buzzoom in all of their 3 year old encounters. If you like one you like the other. FLIRTINI will be the best weighted horse in Australia over the Easter Long Weekend at SWP as a m102 rater with 56.5kg. D-Day for her.

PHONEME is always highly competitive in this grade. Four starts ago finished 1L off Great Charade (Al Magico 2nd) and they meet on level weights, three starts ago beat Al Magico by 3L and only meets him half a kilo worse at the weights and then has since run 2nd in a 66+ on a Saturday and last start pulled up with legitimate excuses. Proven weight carrier, proven in the grade and maps to get a lovely run. AL MAGICO is flying for Ray Vincent and Shelby Bowtell. See no reason why he can’t win again. DASH DOLL was enormous at her return to racing. If they can keep her sound she’s capable of becoming a Saturday mare. Just needs luck from the gate. COSTA DEL SANTO an improver at odds.