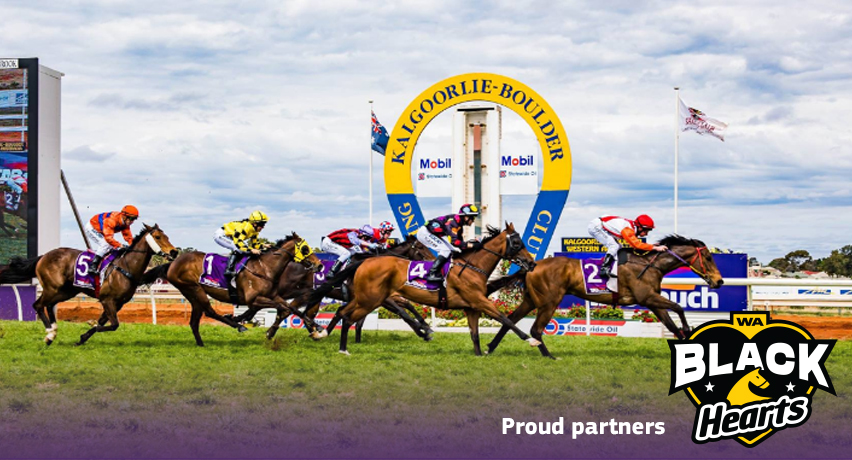 SATURDAY SINNER lead everywhere but the post last start when swamped in the final stride by Tahitian Red (who has run well since). Missed the last meeting when scratched but that’s probably a blessing in disguise as he wasn’t beating the strength of Justin Robins and Pedal Power. Sits up outside of Vranyo and should prove too strong. Punters love backing Nick Carocapo runners so might be worth shopping early. VRANYO went through a recent online sale and connections paid big money for the filly. She’s a jump and run type and expecting her to be allowed to roll by Faithfull. SPINALONG TIME an improver with a senior and a few gear changes. JENERATION next best.

SHE’S PUZZLING was a really nice trial under Lucy Warwick and then ran a ripper on debut when finishing powerfully into third behind Glacier Miss and Superiorize. That looks like excellent form for a Kalgoorlie maiden and from the way her horses are going Kristina Clarke can seriously train. Think this might be her first winner (or Ninetyone Dwyer later on). NITRO FRED has been disappointing since arriving in Kalgoorlie and really question whether he’s looking for this trip or not. A TOUCHY SUBJECT can be hit and miss. Worth forgiving last start. GIDDAY TIGER improved lengths first-up to second-up.

BORN SPICY was the on top selection 23 days ago and nothing went right at all. She got involved in a ludicrous speed battle with obvious leader Protected Action and was entitled to be beaten a furlong. Thought she did a super job to hold onto third and Lil Ses has made the form out of the race look excellent. Forgive and forget. MODER TIMES is seriously quick and going well. Another win is just round the corner. DELIBERATION and BRONCKS give Neville Newton a two-prong attack and both have legitimate claims at eachway quotes. Worth tuning into the Kalgoorlie preview on Tabradio to hear whether Royce Newton throws them out #insidescoop.

REBEL YELL is a model of consistency. You know what you’re going to get with him, he returns a near identical rating each and every time he goes to the races and that rating is good enough to win this event. He is drawn to box seat on the speed which is the run he needs and he gets a 1kg weight swing on main rival and stablemate Sauvegarde. Nice race for him. SAUVEGARDE looked well placed last start and had been racing really well throughout the Esperance season. Can reproduce here. PURE MAGNUS wasn’t the same horse when unable to lead last start. Do they roll the dice and charge forward here? BLACK COMET can sprint well fresh (won first-up 1300m last season).

NINETYONE DWYER is the second of the Kristina Clarke runners on the card who look to have massive winning claims. Has had two runs for the stable, second to Galactic Storm who heads to a 3 year old Plate at Ascot on Saturday and a fourth to Kazoku, Sweet Admiration and Mojo Rhythm in a high rating C1 at Pinjarra. This is the money horse. If you’re betting, bet early. TAHITIAN RED took the step from maiden into C2 company well last start and is going super. IT’S A LANCE was poor first-up. Much, much better second-up. PEDAL POWER gives the impression he’ll be winning more than just a maiden.

LITTLE SES has been a revelation since joining the yard of Dave Smith. Came to Kalgoorlie in July of 2021 as a maiden and since then has won 5 races. Given a peach by Lisa Staples last start and scored in a 58+ 1200m. Looks even better suited out to 1300m (having won to a mile) but the barrier makes things tougher. Jett Stanley will need to find a back to follow mid-race. If he does Little Ses should do the rest. EMERALD ROSE has really turned a corner and is starting to show the consistency that was missing for the first 3 years of her racing. ALTANI was strong at her Kal debut. See no reason why she can’t be right in the finish here. ANOTHER DEMON an improver at odds.

MEET JOE BLACK looks the one to beat in the last. First-up without a trial finished second to Little Ses (subsequent winner) and last start was there for a big portion of the race when well found in betting and finished third behind Sassational (meets 3.5kg better here) and Emerald Rose. Jett Stanley can take him to the front and he controls the tempo. THE VERDICT won well on opening day and then narrowly missed in a photo with the ambulance last start. Day 1 connections walked into the Gold Bar like Connor McGregor, Day 2 walked out like Josh Fewkes. Looking for her to bounce back. SASSATIONAL won well last start and is always dangerous when she gets a late split. KNIGHT TEMPEST will sit back and be saved for one late run.