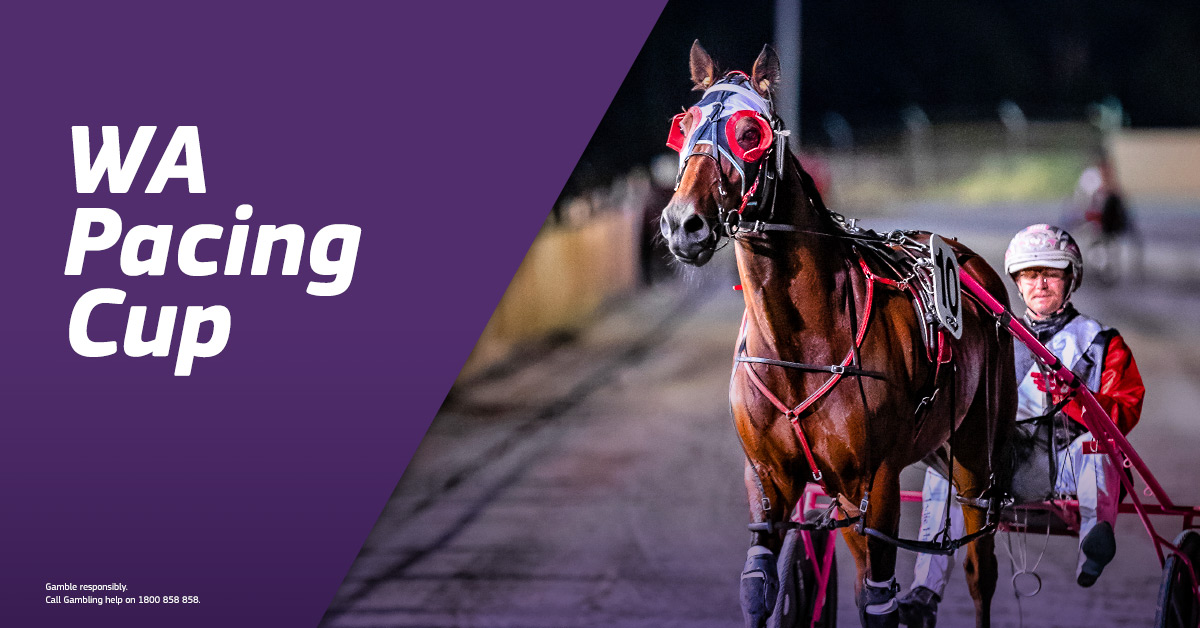 Old timer who continues to race well and led throughout in 1.53.5 here two starts back. He ran a cracking 5th in the Fremantle Cup and has the gate speed to lead if desired or can sit behind the leader and should be right in the finish under either scenario.

Raced well in Queensland and has created a big impression in winning four of his ten starts in WA. He charged home from the rear to win here two starts back before being held up at a crucial stage when a fast finishing 3rd in the Fremantle Cup. He is drawn to get a lovely run close to the speed and will be hard to hold out if he has any luck in running.

The state’s best mare who has an impressive strike rate and adds a level of interest with her inclusion in the field. She led throughout to comfortably defeat her own sex last week and may utilize her brilliant gate speed here, but will likely look for cover in her first assignment against this class.

Sit-sprint specialist who is always dangerous with the right run but will need everything to go his way to cause an upset here. Enjoyed a perfect run when 2nd to Vultan Tin two starts back start and ran on fairly when 7th in the Fremantle Cup. Hard to see him finishing much closer here.

Was widely regarded as the state’s best pacer two months ago but the gloss has come off due to his lack of tractability. He has broken at two of his last four runs but did put up a solid effort when 4th to Bill Haley at his last start. Connections decided to miss the Fremantle Cup and he arrives fresh for this assignment and will be hard to beat if he produces his best.

Up and coming 5YO who produced consecutive 2nd placings after facing the breeze in easier company. He was perfectly driven in the Fremantle Cup when being extricated off the pegs at the 300 to wear down Vampiro in track record time. The draw makes it harder tonight but he is in the zone and is a definite winning chance if he gets the right run in transit.

Won four of his seven starts, including the Popular Alm Sprint, during a Victorian campaign and has raced well without winning since his return to WA. He finished 4th to Vampiro in a 1.52.9 mile rate before hitting the line better than anything when 4th in the Fremantle Cup last week. The wide draw makes it tough but he is racing well and is a knockout hope.

Has come of age this campaign and is now a genuine fast class pacer. Was first across the line in the 4YO Classic but lost the race on protest before exacting revenge by winning the Retravision Golden Nugget. Started favourite in the Fremantle Cup and lost no admirers when he was forced to work hard in the final lap and just needs the right cart into the race to be right in the finish.

Has won three of his past five starts including a sizzling 1.52.9 victory two starts back. He began from this barrier in the Fremantle Cup and crossed his rivals at the start before sustaining a solid tempo and was only run down on the line by Caviar Star. His winning chances depend on him crossing again but he must be respected on his last effort in track-record time.

Proven Grand Circuit performer who was a strong winner from the breeze at his second run back from a spell before catching the eye when flashing home to finish 3rd to Vampiro in slick time. He started from this draw and was travelling full of running when he clipped a wheel at a crucial stage in the Fremantle Cup. Capable of making amends here if he sees daylight at any time in the last circuit.

Resumed from a spell with two dashing wins in contrasting style before running a nice 2nd to Vultan Tin. He hasn’t been suited by the way the race has been run at his last two starts but could go to the pegs here and it wouldn’t be a surprise to see him run into the money if the breaks went his way.

Impressed in winning consecutive races back in December but has looked below his best at his three subsequent runs. He will be suited by the 2936m journey tonight but needs to lift to figure in the placings.

Proven performer at this level and was luckless here last week in the Fremantle Cup when he started from the same draw. Will enjoy a soft run on the pegs again and will be charging late if he has any luck at all in the last lap.