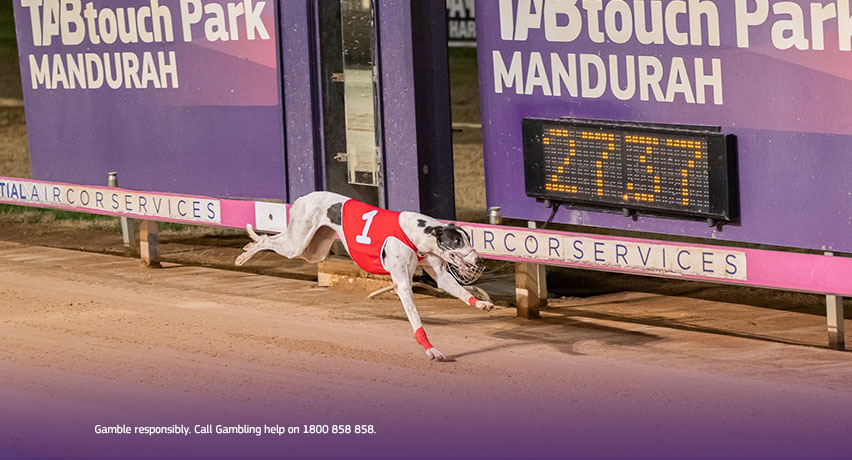 Looks incredibly well placed against this lot. Been lining up against far superior opposition and a clean getaway is all the stands between her and victory. The class runner.

and No. 3 Risky Chick

The 7 is racing well and should step quickly again and go close to crossing and leading throughout. Super last start and is now ready to win. The 3 gets one last chance at huge odds. She has the ability to run into this late and hit the podium and gets a better draw this time. No more after tonight though if she doesn’t figure. The 7 top hope.

The 3 was superb for us two starts back then met with interference at box rise last start which gave him no hope. Only has to step and hold early here to be unleashing his good middle and last section to get over these.  He will most likely be chasing the 1 who disappointed last start but is much better than that and can ping out off the inside. Will run some time untouched and hard to catch. Both good hopes here.

The 1 gets one more chance off the coveted rails draw. If he can’t get the job done here then he will require further grade drops to get back into form. His best would go close though. The 2 is racing well here and should muster up behind the pace and run home stoutly. Hits the podium each time here and looks to do it again.

Back to Mandurah for the 3 could be the key to seeing him return to his best. Has raced in some fairly handy 4/5Ps town and this 5P looks more suitable. Can show up early and has some strength about him over this trip. The 2 has run into Panama Pepper his last 3 starts and that means he couldn’t win. Did race well behind him however and gets a gun draw here to land close to the arm. Will figure with a clear run.

and No. 2 Fantastic Victor

The 5 is a silly price here and while he has some tricks, he has just as much ability. The step up in trip is ideal and will look to charge late here. Save on the 2 who is the best dog in the race if he handles the straight track which he should. Can break records on the arm and will be hard to roll.

The 1 was barnstorming here last time when looking hopeless for most the race until he cut loose with an unstoppable last section to win. Boxed to do similar and goes close. The 8 can shock these. Perfectly drawn and has a lot of talent and will look to go fast down the outside. Strong and a good top 2 play.

This fav has to be a huge risk at the trip after last start and both the 2 and 6 won’t let him get away with that. The 2 will put the pressure on immediately and if he strikes the front, it’s over. The 6 will wind up with a monster run at the half way mark and it’s simply a matter of how close he is. Will take all sorts of stopping late. Both dogs can knock this fav over with the right runs.

The siblings can do something here. Both are adept at straight racing, have early speed and run good time for the grade. They should also get a run into this off the 6 who is a good box dog. Double figure quotes about the pair of them mean they are super EW plays.

The 4 almost always runs a great race here and was super behind a fast dog last time. He can hit top 2 and is a silly price again. The 5 loves it here and has been under rated in the past. Will step quickly and when he leads he’s hard to catch. Both can hit podium here.