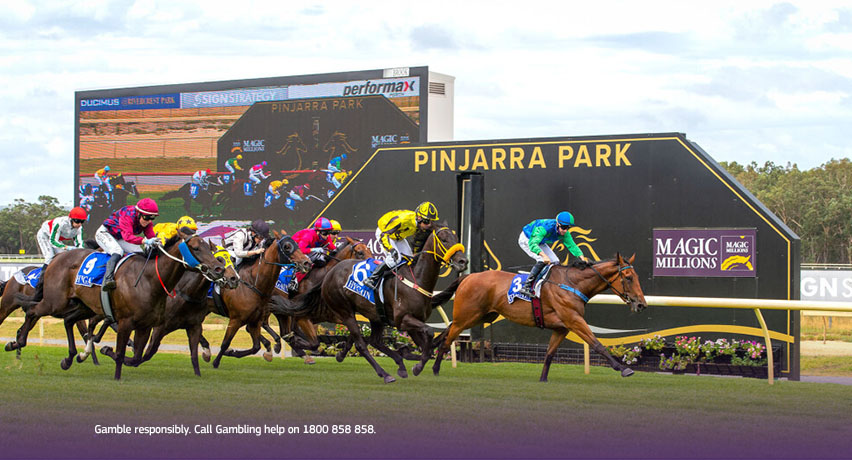 TIFF’S LAD surprised most first-up when getting the job done at 90-1 in a maiden (traded over 300-1) and since then has been in two Saturday 3 year old 62+ handicaps behind Otheroneson, River Rubicon, My Dilemma, Hardly Ever, Mosquito, Featherweight and some other really handy youngsters. This is a nice drop back to a 0MWLY and he has both shades on for the first time and the services of Clint Johnston-Porter. Like the set up for him. BE OPTIMISTIC has ability but she’s carrying near top weight in a midweeker. Well placed so far this campaign but coming back in trip is a query. HILTON toyed with battlers at Narrogin. This is harder but he should roll to the top and control. BLACK SPIRIT attacked the line well last start.

IGNITE THE FIRE and PRESIDENT SAM were both beaten in a mile maiden last start by Floppy which certainly doesn’t look like a great form reference race. Watching in review it looked like everything was completely out on their feet in the concluding stages of the race and the time figures would back up that observation (first 1000m run 13L faster than average). PRESIDENT SAM is racing like a horse who will appreciate ground and we’ll find out here. IGNITE THE FIRE is getting closer and closer and these maidens thin out the further they go. MASARU should get every opportunity from another soft alley. WHAITIRI has always shown glimpses.

DREAM TO ME is extremely quick. She only won a Geraldton maiden but think the one she beat goes pretty good and that was at 1200m. Comes back to 1000m, drawn towards the outside fence and Troy Turner sticks. She might be a point of difference in this race. Jump and run. MENS CLUB is a 1000m straight track winner and that is worth gold. Only very minor query was that it was a soft6 track that clearly had a fair few uncomfortable throughout. BREAD TO FLIRT was scratched from Saturday to save for this. She raced without luck last campaign. NUHAD is quick but has weight and is drawn on the opposite side to Dream To Me.

Suggested Bet – DREAM TO ME WIN

MAGNIFICENT ANDY went around in a 3 year old 62+ last start and hopefully if Tiff’s Lad can get the job done in race 1 that will look a great form reference. Missed the kick first-up behind subsequent winner Nobellity, backed at odds last start and did it tough throughout and now finds himself back into a C1. HENRY THE AVIATOR was an enormous run first start for David Harrison. Repeats that effort and goes well. JUSTAMIDDY took a while to break his maiden but looks an improving type. Should get a near identical run in transit here from a similar gate. SILVER BUGG finally broke through last start for a deserved win.

INDOMINUS can be a hard horse to catch but this doesn’t look a bad race for him. They’ll roll along behind Stocktaka and hopefully from the draw he can settle just forward of midfield with cover. His run three starts ago in a 60+ Graduation on a Saturday was strong. His two runs since have only been fair. Comes out of the hot Buster Bash form reference last start (General Grant, Piccola Signora x2, Ground Braker x2 and Be Optimistic). SUNSPHERE was disappointing last start. Ran his race in patches and never really looked comfortable. Forgiving him with the shades going on. STOCKTAKA got the perfect set up last start at Geraldton to follow Proxy. Probably has to lead here. ADMIRAL PROMO is more than capable of measuring up in this.

SAID NO ONE EVER was run off his legs first-up at Albany behind Lacevinsky and Morgs Freeman (winner since) and then went to a 1400m 60+ in town when finishing only 4.5L off My Mate and The Velvet Queen. Thought his effort was a big improvement and with a drop in grade into a C3 and an inside draw he could get under the guard here. Last time he was in a C3 mile was at Belmont Park on 16 June when he won by over 3.5L. Don’t discount just because he’s changed stable. ACTING GOD hit the line particularly well first-up. Reads fifth beaten over 4L but the run was far better than that in a race which was dominated from the top. ZADAR ROCK didn’t find the front last start and looked lost. COSTA DEL SANTO hasn’t seen a race of this nature for a long while.

Suggested Bet – SAID NO ONE EVER EACHWAY

REBELZONE has come back to racing in great order. She won a maiden first-up beating home Superiorize and Justamiddy who have since made the form look good and then last start dropped back to 1000m, conceded them a head start and zapped So Birikkino in the shadows. Can hold a position here from the draw and looks like she’s getting better with each and every start. LIFE FOR A LIFE was a replay watchers delight first-up and then a punters nightmare second-up. Never got a crack at them until the race was over and then flashed. He’s going super for the new stable. THOROGOOD won well at his WA debut and then was solid at his second start. Gets the right track into this. I’M EUGENE gets in really well at the weights after the claim.