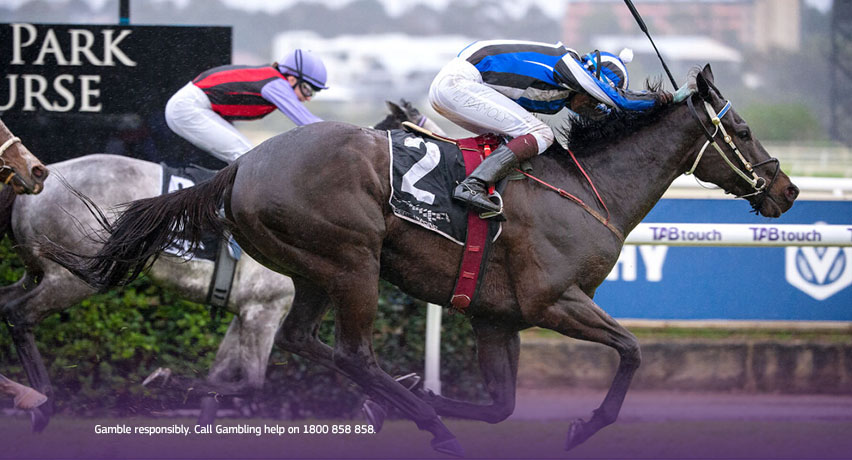 AIYZA is a winner taking on a field of maidens in her return to racing. Her 400m jump out was sharp and she was working through her gears nicely late in her 950m trial. She’s a versatile filly and there doesn’t look to be a great deal of jump and run speed in this 2 year old race. She’ll be strong at the end of 1200m and she looks hard to beat in the SWP conditions. SOFIA’S SYMPHONY made her debut in a better race than this back at Ascot. She’s had surgery to remove a bone chip since and while her trials have only been moderate the stable is in great form. ZOUBOLTZ was an enormous trial. Interesting to note that he wore shades in that trial. SISU WARRIOR was chopped out at trials but regathered himself nicely late.

VALSASSINA had little luck on debut. Steadied multiple times to avoid heels from the 600m onwards, hung in inwards in the straight and raced greenly late. Looks the kind of filly who will take big improvement at each and every run and looks to have above average ability. Happy to follow the Bustler, Work In Progress, Hang Glider form reference and no doubt 1200m will suit her better than the 1000m scamper. MIA GUSTO looks the logical danger with barrier 1, a cutaway and a senior rider back aboard. SWEETCHINO brings a pair of impressive trials to the races. If she can cross from the outside gate, it’s game on. SHOOTING KONTIKI wasn’t asked for a full effort at trials and stuck on well.

CYWER was absolutely crunched in betting first-up. The money was strong early, middle and late in betting and it was simply relentless. She was drawn barrier 13 of 13 and looked destined on paper to endure a tough run. That’s exactly how it panned out and somehow she still was only beaten in the shadows of the post. Most will be keen to dive into her second-up but she’s again drawn 12 of 12 and no guarantee of getting a decent run in transit. Risk vs Reward. DESERT VIXEN is going super and she’ll get a nice run midfield with cover. Gets another weight swing on Simple Logic. SIMPLE LOGIC is having his fourth run in July. Tough on speed type. FAMOUS JURNEY is well placed into this grade. 1200m looks to stretch.

SESSIONS PEAK resumed in a C1 1300 when working across from barrier 10 of 13 to breeze outside of Simple Logic and was only swamped late by Red Dwarf and Stellar Vista. Second-up should be fitter, will again march forward to settle on top of the speed and with a lot of main dangers (Green and Shady, Stellar Vista, Almighty Miss) likely to settle rearward from wide gates he gets his chance to stay out of trouble. HIS EMINENCE was sound first-up and with a clean get away can enjoy a midfield cover type run and he showed last preparation with a C3 fourth that he’ll be winning more races. FORLANE had his first start for Holly Taylor and hit the line well. HOT BLOODED is an honest and consistent conveyance drawn ideally.

REVITUP is probably almost on her mark with 59.5kg at SWP but the Holly Watson claim helps and the fact she’s an on-speed type means that if she gets through the anticipated soft7/heavy8 type conditions on Wednesday then she stays out of trouble. Her only two defeats this preparation are to two undefeated gallopers (Rumour Says and Aztec Ruler). She’s hard to knock. THE COLLECTOR will bring a lot of attention from trial watchers. Was a slower trial than Cosmopolitan Girl & Snippenova on the same day but it was more about how he extended when asked for an effort by Pat Carbery. Looked to have gears. JEANELLA a big improver with a senior rider back on. SNIPPENOVA will come out running.

HALATORION put the writing on the wall first-up no trial when sitting back and wide and coming home with a blistering 33.11 L600 in a near career best performance. Has the maiden scalp of Otheroneson and has always shown a bit of X-Factor. Second-up is drawn better, steps out to a more suitable 1200m and gains the services of senior rider Clint Johnston-Porter. Cutaway helps his cause. ASTRO WARRIOR returned a winner for the new stable and then was solid behind Cold Shizzle in a 60+ Graduation. These Westspeed Platinum races are perfect for him. FOREST WAR gets back and has last crack at them. Definitely brings the strongest race form to this. BREAD TO FLIRT is only coming out of C1 company but drops in weight, gets through the soft and maps well.

SEDUCE ME won in this grade two starts ago running down subsequent winner and sharp filly Sniparoochy and then last start from barrier 12 of 13 settled in a different postcode to them before rattling home into fourth behind Magnificent Andy and Nero King. Meets Nero King 3kg better at the weights and the barrier draw makes things tough for Magnificent Andy. Should hold a far better spot in running and provided she gets through the track conditions should be there abouts at an eachway quote. Was $16 into $8 on Saturday so expect the $11 for Wednesday to go. CATALPA gets 3.5kg on Frigid from their last start encounter and is now drawn to box seat (with a cutaway). Sharp improver and on Saturday was $12 into $4.80. NERO KING is a raw talent. He’s going to make into a very nice horse and is doing everything on natural ability at the minute. FRIGID is drawn in the Swan River but has tactical speed. Needs a 10/10.

BRAVE DREAM put the writing on the wall last start with a fast finishing third behind No Apology (since second to Savage One) and Vital Flirt. Senior rider back aboard, down in the weights, drawn well and should be peaking third-up from a spell. She’s proven herself in the wet and this time last year we were thinking she was ready to explode through the grades. May have been 12 months too early. Has the option of the cutaway as well. FLYING MISSILE drops 3kg after conceding talented front running duo Phanta and Ginger Flyer weight last start. Can lead at her own leisure on paper. Hard to run down. CHILI IS HOT and ALL DAY SESSION both tend to get back in their races but both have strong L600s.

GHOBELLA loomed into the race first-up, to the point where Jason Whiting pushed out from three back the fence into the four and five deep line on straightening to get her into clear galloping room. Looked to peak on her run and that race has since produced Let’s Galahvant and I’m Pretty. She’s a winner on a Heavy8, she maps to get a nice run into it midfield with cover and she should only improve second-up. One of many live chances. MULTINATIONAL has returned in great order. He’s a 1400m winner, he’s Heavy8 placed and he can lead or box seat from the draw. Hard to run down. MY FURY was huge two starts ago behind Conquered Zone when sitting off the track and then got no room to move in the Belmont Oaks. CONQUERED ZONE is going well and he’s a consistent type who normally holds his form.

NERODIO is a dynamite Belmont Park, wet track sprinter and punters were all over him in the Beaufine. He’s a winner with 59kg previously and from the barrier he’ll get the run he needs to let loose late in the race. Laqdar Ramoly rides him brilliantly and there’s no reason why he can’t go back to back. THE SPRUIKER resumed in a 78+ ratings race with 60.5kg and ran well behind Secret Plan. He is three from three second-up, four from five on Soft/Heavy, five from six at Belmont Park and Peter Knuckey has ridden him to two previous wins. Perennially underrated. HOT ZED is a model of consistency and while he’s not yet proven on heavily rain affected surfaces there’s nothing to suggest he won’t get through it. Always a top 4 proposition. ISEERED ISEERED was too bad to be true fresh.

REGAL MAGIC has returned to racing in brilliant order. Her first-up run behind Ghost Who Walks and Storm Commander was excellent, her second-up win was strong and she now drops down to 55.5kg and has a senior rider on. By this stage of the day there will have been 10 races run on a Soft7/Heavy8 type surface which means it will be naturally chopped up. She gets through the going and she’s racing well. Double figure chance. SENTIMENTAL HERO was two for two last preparation before being tipped out. Trialled super for the new yard and is drawn a perfect alley. RIVER RUBICON is a big beneficiary of the early scratching of Warm N Fuzzy. All of a sudden he’s a big chance of getting across. Trial was brilliant. MERCANTO has been racing well all campaign.