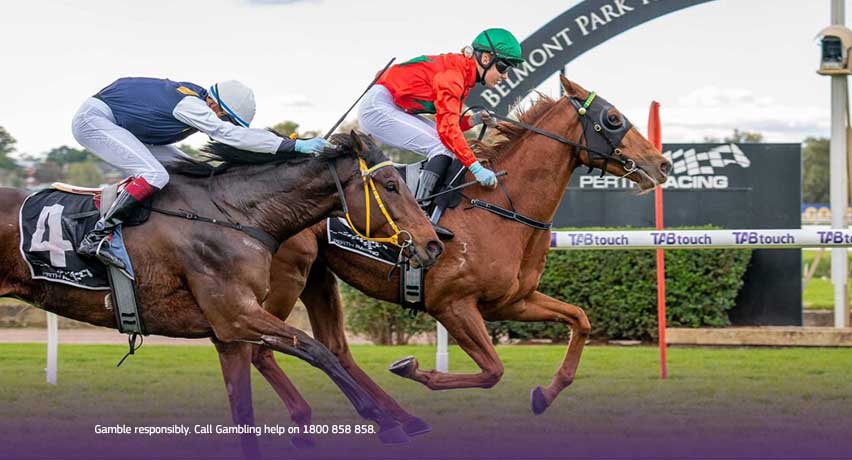 WAR GEM had absolutely no luck two starts ago in a 62+ Saturday race behind subsequent quinella pair Zephyra and The Velvet Queen and then was able to reel them in over 1400m from last on the corner in a midweeker. The most impressive part of the win was reviewing the entire meeting which was dominated by those on speed and close to the rail. Think he’s screaming out for a mile and even with 60kg can zap them in the small field. PASSION PRINCE was good enough last start. Held his own until the home straight when out sprinted by some nice types. Nice middle ground here. BLACK SPIRIT is starting to put it all together and will get it cheap in front. SUCCESS PLAY could be on a 2 day back-up from Monday’s Northam WA Day Cup. We know punters love a quick back up.

ONE COOL GAL has shown raw ability at trials and while race fitness and experience is normally the way you would side in these 2 year old races the exception to the rule seems to be Danny Morton’s juveniles. Top Of The Pops and Tiffany Street have both burst onto the scene in recent weeks and months and stamped themselves as impressive youngsters who were able to get the job done on debut when meeting with a stack of support in betting. This filly looks to have a motor and think the one she chased around at trials is above average too. WOZZECK comes out of a stronger race on a Saturday and the form is expected to hold up on Wednesday through Juruena Gold. MANITOBA is likely to roll forward and take luck of the equation as he did in his January trial. FASHION QUEEN trialled well.

JURUENA GOLD is likely to be one of the most popular gallopers on the program. Went to a 1200m Saturday race on debut, got right back, found traffic and trouble and was eye catching to the line into fourth behind Top Of The Pops, Vampi Lass and Upper Limits. That looks like genuine Saturday form and he drops back into a midweeker and only rises 1kg. Trevor Andrews yard going well, CJP riding super and maps a treat from the gate. CHANGING GUARD is likely to roll forward as he did in his recent trial win. He ran through the line strongly and looks like he’ll be there abouts on debut. FORTY THIEVES is undefeated at trials and was scratched from Saturday to save for this. BLEEKER STREET ran well in a winner producing 2 year old race on debut (Snowdome, Street Parade).

HE’SGOTWINGS joins the stables of Summer Dickson and looks to have found a winnable race at his return to racing. Big awkward moving type who looks like he’ll need time to show his best and learn what it’s all about but hoping that a rail to follow is just what the Doctor ordered fresh. His debut second behind Dais was huge after covering ground and then he was backed off the boards at start number two and over-raced in front. Raw but talented. FORTY NINER seems to lack a killer blow. He’ll find a race where he can be right place, right time but he’s had a number of opportunities now. EMERALD TRADER can’t buy a gate but when he has covered ground in his trials is when he has looked his best. CELTIC GREY almost pinched it last start when finding the front. Likely to go round an eachway quote and is a versatile type and is improving.

GHOST WHO WALKS trialled like a horse who would be winning first-up. Definitely would have liked to have seen Ultimate Command go a little bit better on Saturday to be fully sold on the strength of the trial but still going to trust the eye and the map here. GHOST WHO WALKS should park just in behind them and was a first-up 3yo 0MWLY winner over 1000m at Belmont Park when last in work. Looks a great race for him. FAMOUS JURNEY will look to kick through and lead. Wasn’t brilliantly away last start and then was attacked throughout after mustering. Complete forgive. STORM COMMANDER didn’t come up when last in work. Previous form was strong. SAPPHIRE CROWN is an interesting runner making his WA debut. Always willing to watch them first-up in the State.

VELVET ROOM will be short for an 18 start C1 but it is impossible to knock his recent form. Three starts ago finished off well behind Be Optimistic, two starts ago finished second to Admired who has run well since and last start went to a 0MWLY and finished third behind Bold Success and Eurasia. Drops back into a C1, has hit form and is ready to win. SPECIAL IMAGE took 30 starts to break her maiden but she’s clearly going well because her last run was a ripper behind Phenomenal Anomaly. BENTLEY BEAU is consistent and rarely far from the action. No leader here either. FLOPPY was scratched from a winnable race on Monday to save for this. Keep safe.

CHOICE BID gets one chance as the on top selection. Really honest type who is always there abouts but the kind of horse you always lock in for second, third or fourth in a preview but rarely on top. This looks the best winning chance he has had for a long while. Second to Michelada (beating home Guard The Safe), second to Sneaky Chance, third in a C3 to King Cruzer and Schoolhouse Rock, third to Rebelzone and most recently second to Airlie Queen in a C3 beating home My Marlaina. The form is there, C3 back to a C1 and gets 1.5kg on debut winner and main rival Oly’s Choice. Now or never. OLY’S CHOICE was really well found late in betting on debut and didn’t let his followers down. Strong win and looks to have plenty of upside. HOLA MAREA went from a maiden into a 2&3yo 0MWLY race last start. This is much more to his liking. Just drawn awkwardly. CIVVY STREET is super consistent.

ZERO DEMERITS hasn’t won for a while but he has also dropped a stack of ratings points in the process. He was once a m76 rater after winning a 72+ at Belmont Park and has since dropped right back down to a m60. He gets in on the minimum here and first-up last campaign he carried 54kg in a 72+ 1200 when only beaten 3.7L Chantorque and Hot Zed. Clearly a throw at the stumps with an 8 year old like him but this is winnable by his standards and he looked good in his recent trial. Eachway. REBELZONE got a long way back last start and never really got into the race. Her previous three wins were excellent. DEE KEEPA copped a big hip and shoulder from Arnie’s Boy in the home straight last start. Forgive. GATES OF BABYLON won (deadheat) well fresh and should only improve.