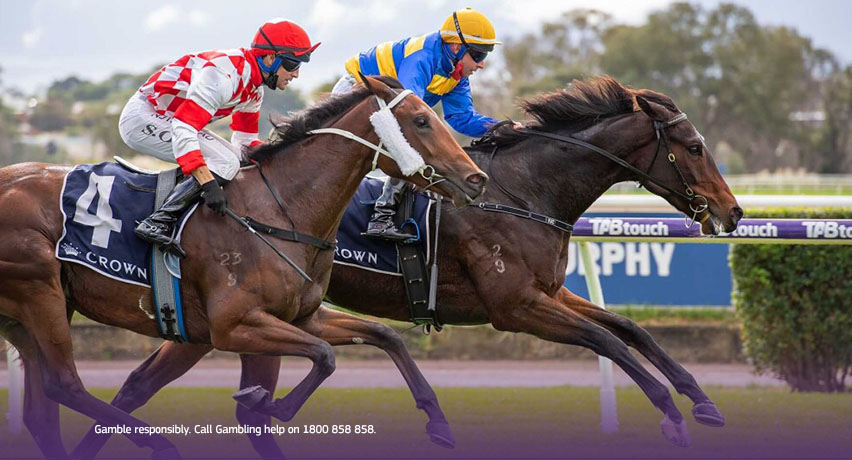 MISS DRAKOVA should prove very hard to beat in Race 1. First-up this preparation she finished off hard behind Swear To God and Sesswa, second-up she finished third behind Tiffany Street and subsequent odds on winner Lord Gannicus and last time out she finished second to Top Of The Pops after being popular in betting and kicking clear at the top of the straight. 1400m back to 1200m looks a plus and she’s a versatile filly who can race forward or rearward. Great race for her but she’ll be deep in the red. FINAL SERIES is racing like he needed the 1400m. He comes from the same form race as Miss Drakova but finished 3.5L behind her. GREY MISTRESS has shown ability at trials. Admittedly not much has come through that Cruisey Roy trial. TRUEVINSKY can lead and give cheek.

MAGNIFICENT ANDY should park over the top of the speed outside of his stablemate in Black Spirit. He is proven with the weight and he is importantly a soft6 winner proving himself in the going. With Magnificent Andy and Black Spirit likely to turn this into a sit and sprint we’ll side up with Shaun McGruddy to put the pressure on the leader at the right time. CATEGORY THREE only won an 1100m maiden on debut at Albany when drawing barrier 1, taking the cutaway option and sprinting to victory over Jalinda Bay. Not much to get excited about on paper, but it was more the manner in which she attacked the line and the fact she looks better suited over 1400m. Has X-Factor about her. HOLA MAREA won his maiden well at Northam and Ciscojoe won at his next outing. WAR GEM is proving hard to catch but he’s going well enough.

CANNY JACK looks to have found his most suitable race this preparation. Last start he attacked the line hard in a 60+ Graduation behind Atlantis Beach (beating home impressive subsequent winner Sluice Box) and now drops into a C3 midweeker. His two career wins have been on a Soft6 and a Heavy8, his two career wins have been at Belmont Park and he maps to get a lovely run tracking the speed. Think he’ll be popular with punters, shop early. DARK LASS gets a 4kg weight swing on him from the same form reference last start. She was first-up at a mile and just got caught flat footed when the sprint went on. Logical danger. BIRDIEAGLE is going well deep into his campaign. Wet track is the unknown for him. SPECIAL PICTURE is working into fitness.

KAZOKU returned well in a C1 beating two very handy 3 year olds in Sweet Admiration and subsequent 60+ winner Mojo Rhythm. She then went to a C3 and was competitive behind Testing Love before going to a Westspeed Platinum and finishing third behind Snippy Miss and Rulelee. Drawn to get the run of the race in barrier 1 and will just need an ounce of luck in the home straight to make her presence felt. ALIMENTARIA ran pretty well first-up at an unsuitable trip. The lead is up for grabs here and would be no surprise to see her ridden with aggression by Chris Graham. PAMBELLA is near impossible to catch. She’s coming through the strongest form races but she finds bad luck almost every start. ACT INNOCENT hasn’t had much luck her last few.

KARALEE ROCKS looks a Saturday filly in the making. She was nominated for the 3 year old 1200m on Saturday but instead she comes to a C1 midweeker. Everything went wrong for her on debut (she almost fell after 2 strides) and yet she managed to pick herself up, travel strongly throughout, push her way into the clear and let down brilliantly to win by over 1.5L. She looks to have huge upside and raw ability. Keen again. BREAD TO FLIRT has raced without luck for the majority of her career. She’ll sit back and be doing her best late. BORN TO TALK comes out of two 3 year old 0MWLY races and is well placed. DANCE SESSION is incredibly quick and has never seen a wet track.

AIRLIE QUEEN trialled like a mare who would be hard to beat first-up. She travelled well throughout the trial and showed the turn of foot that we saw early days. She did go round $2.40 in a C3 event that contained Mercanto, Trevern and Safety Bay back in November. She’ll get a nice run from the barrier and Grant Williams’ yard is flying. Nice race for her. MY MARLAINA backs up off 7 days and is sure to find this all age C3 weaker than the 3 year old 0MWLY races she has been contesting of recent times. Jump and run type of filly. ENTICING trialled enormous. He’s a proven wet tracker but might end up last. SKETTA did a power of work last start and was brave.

SUPERIORIZE has always shown a level of ability. Connections have had to be patient with him (5 year old at start number 6) but they’re starting to reap the rewards. He ran second to Rebelzone first-up (winner of two since), finished a nose away second-up and then demolished them in a maiden third-up. He is drawn to park three deep with cover and think that’s the best spot for him. Placed on a Heavy8 on debut so the wet track is no worries either. WITHOUT REG is ready to win. The head gear came off last week and he was only swamped in the final stride. NORTHERN RULER did it tough in the same race. He is drawn far better here. JUSTAMIDDY has turned a corner in the last month.

RULELEE was held up on multiple occasions first-up unable to get clear, second-up she flashed late and looked the winner in a deceptive photo finish and here third-up she gets her chance. If you watch both of her wins to date it has been when able to get out and moving in the middle stages. The barrier might just be a blessing in disguise here and she has placed twice on Soft7 surfaces. Looks hard to hold out in the lucky last. FLICKA’S CHANCE has blinkers on first time and comes out of a hot form race (Above The Peg, Warm ‘N’ Fuzzy, Savage One). Can settle much closer and is better suited at 1400m. Big danger. DEE KEEPA ran well when thrown in the deep end last start. LIFE FOR A LIFE is going great guns for the new yard.