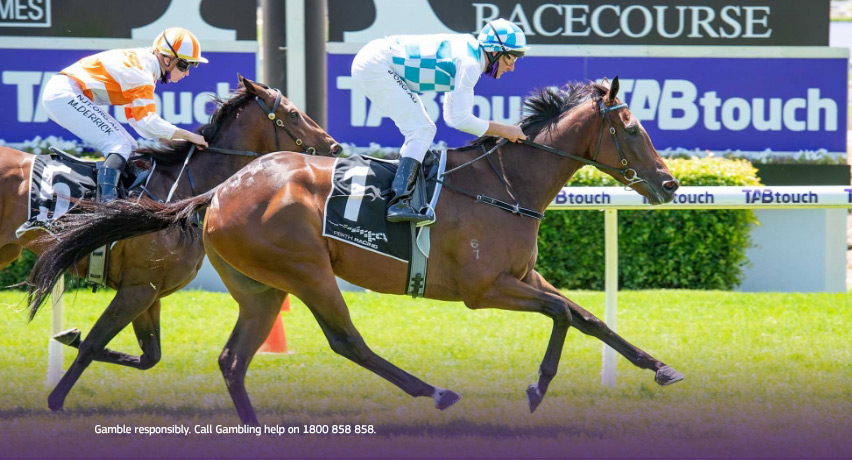 REAL CHARISMA is certainly no star and likely goes around artificially short due to her colours but this is a thin maiden and she gets another chance to break her duck. Found a fair bit of traffic on debut (still beaten a long way regardless) and then sat deep throughout last start and finished off well. Drawn an inside gate and this is not a deep race. JONO looked to have found his race first-up and while he was held tight for a portion of the home straight he didn’t exactly set the track alight once getting clear. LOOKSNOTEVERYTHING is going super and there’s no reason why she can’t break through after back to back rippers. MINE DETECTOR should find this easier than his 2 and 3 year old maiden races.

ANTIQUE JEWEL has not been a friend of the punting public to date, beaten at $1.75, $2.50, $1.90 and $1.80 in her four starts to date. Likely to open a similar quote again in this race and gets another chance to break her duck. Loomed the winner last start but was nosed out by General Grant who got through underneath nearer the fence. Shown previously she can hold a spot in running and does look a nice race for her. RED HOT HOPE was in the same maiden as her last start and came home in a near identical final 600. Looks the danger. SURVEILLANCE is a hard horse to rate. His peak ratings would see him an odds on pop and he finally gets back into maiden company. If he doesn’t win Wednesday it’s back to the drawing board. ETOMORP worked home well at trials.

SHE’S ENCHATED looked a special on paper first-up and was accordingly plunged, $3.40 into $1.95 but nothing went right for her and her loyal supporters. Fairly away, shuffled back, knocked around and then left searching for a run until the race was all over. The draw doesn’t make it any easier here but going to follow up because her 3 year old form was brilliant. EXCELESTIAL has flashed real potential in a short career. Trial was soft and should get the right run midfield. TOVARICH is flying and will be right over the speed. GRAND DESIGN is never far from the action in her races.

BORN TO TRY backs up off 7 days, steps out to a mile and is capable of rolling forward or settling back, so can be ridden to suit track conditions. Ran into a smart filly last start and drops back into a C3 after contesting a 58+ and a 0MWLY at her two outings for Lindsey Smith. She looks ready to win. ARTIE’S JEWELS put in a ripper second-up last preparation and was a model of consistency in this grade when last in work. SHIEKH IT wasn’t disgraced first-up in his toughest test to date. Drawn ideally and blinkers go on. HIP WIGGLE (if backing-up off 3 days) is drawn to get the right run and has been building.

INDOMINUS has found his race. All of his efforts since his first-up run have been in higher grade than this and include two placings in C3 grade, including at his most recent when he charged through the line in a particularly high rating C3 behind Wee Ripper. Drops in grade, draws a gate and strikes his weakest opposition to date. He should be breaking though for a well-deserved victory. FINAL CHILL caught the eye in a 66+ when racing outside the handicap at his most recent. TABELLA like all of Arthur Mortimer’s horses has some X-Factor and is bred to get the trip. REVEUSE has proven awfully hard to catch. Going well but hard to trust.

TRIPLE MISSILE looks the real deal. His debut win was arrogant at Belmont Park before being immediately tipped out. Returned in a blaze of glory when gunning down speedy filly Fish Hook and holding off Secret Plan with relative ease. Drawn wide but provided they are making ground (which they should be with rail at 14m) then he looks like remaining undefeated. MASTERING is a bit of a head scratcher. His best is clearly good enough and his most recent was eye catching. Well placed again here. SUPER TEROITOA may need to do some work to get across but was flying when last in work. DAM READY an improver at odds.

STAR GLITTER is always there abouts in this grade. Only four runs ago he was in a 72+ when flashing late behind Platinum Bullet and Weaponson, he then went to Pinjarra on a day where you had to be close handy to be any hope, and most recently has been battling away in 66+ grade. Drops back into a midweeker and by this stage of the day if they’re winding up three deep with cover then he looks to have found a suitable assignment. PABLO’S POEM hasn’t won for 800 days but has also never seen a 60+ in his life. Every start has been in higher grade and he draws an ideal alley. REGAL POYSE is going well and like Star Glitter will be winding up late if conditions suit. SCOOTER’S MACHINE is hard to knock after a brave win last start.

GENERAL GRANT won well on debut when shooting through the gap when it opened. SJ Miller is one of the form yards of the state at the minute and this looks a 3 year old who will only get better with racing. Trialled up nicely, took it to race day and finds a C1 field with a lot of horses who have had their chances. CALAG returned to racing in impressive style when finishing third behind two talented 3 year olds. This looks an easier race on paper. FIERY BAY draws a gate but might find himself in a bit of traffic in the capacity line-up as a horse who does his racing from off the speed. CHIX CHATTER is well placed into a C1 and should hold a prominent position in running.