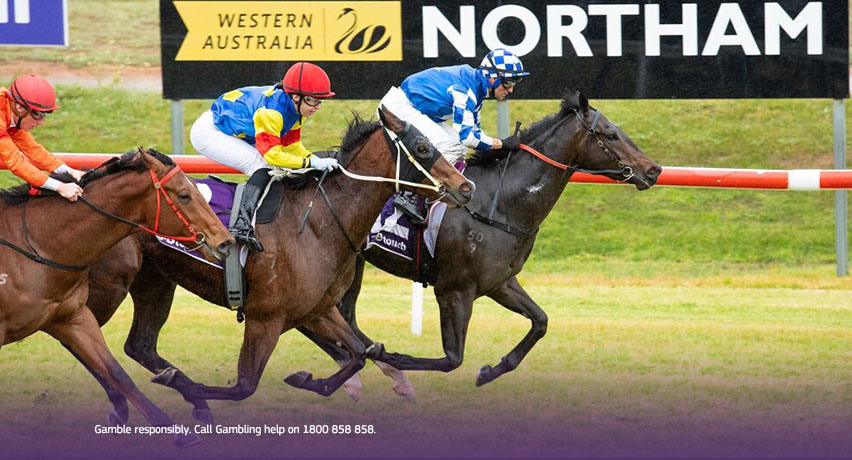 STEAK NIGHT has been improving at every run and Jade Tangaroa has been quick to get the mare out over a staying trip. Her first attempt at 2200m was solid when finishing off into second beating home main rival Just Jerry. She’s drawn wide but can sustain a run. WHAITIRI has hit a bit of form. She has always shown a level of staying talent (for a maiden) and this is one of her better opportunities. JUST JERRY is a real one batting type. He might even look to take it up. MELWOOD COAST from further back finishes on.

GARDEN QUARTZ has blinkers on for the first time and some of her trials have been quite encouraging. Raced without luck for the majority of her career and the first-up assignment was no different when unable to be fully tested. Senior rider on, looks a winnable race. TOO MUCH TALK is really starting to burn punters. Expect that most have dropped off by now and he’ll start going round eachway. SUPPORTIVE finished second to Serviceman and then had genuine excuses behind Etomorp last start. ROCKON BILLY showed something in his most recent trial.

SWEET TEA will attract the attention of many a WA punter. Was given a freshen up after two moderate performances in Albany and then has finished fourth in a 62+ at Belmont behind Sniparoochy, Hardly Ever and Colossal and then finished only 5.5L off Magnificent Andy, Mahaleo, Nero King, Colossal and Co in another 62+ 1400 at Belmont. Back into a maiden, blinkers on first time and strikes a very weak race. Gets her chance. HAYDROSS resumed without a trial at Northam when third to Brighid. Finished off well. JONO is a long time maiden but thought he trialled well behind now stablemate Tinsnip recently. TALKILICIOUS almost caused a boilover last start.

SPORTS TALK was a replay watchers delight on debut behind Mama Tembu and Cywer, then finished only 3L off Got Ya and War Hymn in a slowly run race that was never going to suit backmarkers, finally finished the campaign 3.7L off Keytrade (C3 winner), Lady Chant (WA Oaks Winner) and Market Stryke (C1 winner). Like the trial and likely goes round eachway. CANDLELIGHT SUPPER loomed the winner last start. Has to be a query on the form behind Strictly Cash ($501.70 BSP). PRINCESS KITTY never got into the race on debut. Up to 1300m and shades on. DO IT RIGHT trialled really well but it was back in May.

IMAGE OF PRO has looked a ready made professional at trials. Won a trial in March by 1.5L beating home Alsephina who won her first two starts. Won a trial in July by 5.5L when getting right away from them in the home straight. Looking for him to jump, lead, control and kick away. BIG BREAK continues to go past the leader and then just peak late. He’s going super. HEAR MY PRAYERS is a 2 year old taking on the older horses. These all age maidens are far weaker than even midweek 2 year old events this time of year. DIVINE INANNA could get a gun run behind Image OF Pro if he crosses.

STAR SOPRANO will look to jump and run in this 1000m scamper. Love the booking of Luke Campbell and the use of his 3kg claim. Only run down late by Valency last start and she’s a Saturday filly. INVISIBLE STRING got up along the inside on debut and got the better of Big Break and My Lovely Pet late. Should measure up. ORTUM KRISP was able to fend off Aiyza at trials. If she goes well on Wednesday in a 2 year old 0MWLY then she might be worth consideration here. CITY OF SIN has found a few lengths down the 1000m straight at Pinjarra. Interesting to see how he goes round the bend again.

FOREVER AUTUMN finished second behind Storm Commander (beating home Regal Magic) first-up in a C3 1000, won a C3 1000m second-up down the straight at Pinjarra and then went to a 3 year old 62+ 1000 where he was drawn barrier 7 of 9, looked destined to do it tough on paper and finished off well to be beaten under a length by Capital Flight, State Of Power and Beads. Great form for a race like this. BOPPING BLUE will look to cross and find the fence. He’s hard to run down when he can control. DOUBLE JEORPARDY did it tough last start and kept fighting. Loves Northam. FATALE FEMME is a frustrating type of filly. Going well but leaves herself a lot to do late.

OLY’S CHOICE has now had a fair whack of racing in a short career to date but seems to be handling it well. Winner on debut, luckless at his next three and then a winner last week at Pinjarra when getting past What A Prince late to score by over a length. Looks to have a future and this is another great chance to win again. AWESOME CHATTER comes back in trip, has a senior rider on and should improve. KOHLI is a hard horse to catch but on his day he has a big turn of foot. PLEASE GOD only knows one way.

KOLCHINO had his first attempt at a staying trip last Wednesday at Belmont Park. In the book it says he’s finished 7th beaten 5.5L but if you watch the replay his run was full of merit. He was able to sweep past the leaders on straightening and then wobbled around after Holly Watson dropped her whip and he faded out late. Should be a great grounding for him and he backs up and has a senior rider back aboard. Looks like he’ll stay. FREE SOLO is quite one paced. His runs this preparation don’t look that consistent but they’re all actually pretty good. LUKE’S PIERRO only won a maiden but he did it in style. FAR TOO STRONG was only moderate last week and is having his fourth run of the month. Paul Harvey jumping off is notable.

POSITIVE IMPACT was really well supported late in betting off the back of a highly impressive Lark Hill trial win. He got shuffled back into a really awkward position in running before Paul Harvey put on a vintage riding display to get him into the clear and pull away from them late. Soft win, huge upside. Like him. INAHAPPYDAZE is knocking on the door. Went really close last start and looks the danger. ZERO CONSEQUENCES found the first-up assignment too short. Senior on and out in trip both suit. MILITARY BEAT an improver at odds.

RUN D’AFFAIR RUN is relishing the winter wet track conditions and the addition of Paul Harvey to the saddle. He’s a horse that has done a lot of racing with an apprentice but the senior is keeping him under control in the early and middle stages. Four career wins, all on rain affected surfaces. Not quite as wet on Thursday but looks like ambling across to the top without any real pressure. WESTRIVER MIRACLE went close with 61kg last start. He’s come back in great order and with even luck looks the danger. GLAMOUR PACKED is a hard mare to catch but has a nice turn of foot for this grade. ROCKON TOMMY had been building until the last couple.