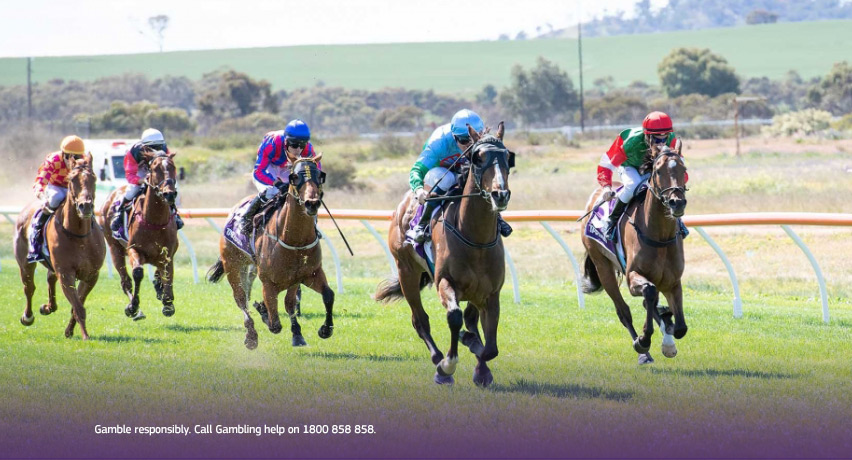 BILLY RAY has gone under at $1.24 & $1.36. Shivers down the spine if you’re one of those who launch into the David Shorttes but he goes round again here. Drops back to 1000m and considering he has simply pulled himself into the ground at his first two this might be just what the doctor ordered. High speed 1000 and could finally settle. Backing him is brave. ZANGIEF has been trialling well but they may need to go back from the draw. FISH HOOK isn’t very big but she’ll be winning races. Likely to breeze outside Choix De Lace and beat her home first-up from that spot. SPIRITED SESSION trialled up nicely and is drawn to box seat.

WESTERN EMPIRE looks a really nice horse in the making. 1100m likely to be on the short side for him but class should take him a long way. His trial win back on 24 August was excellent when launching down the centre and then Chris Parnham never moved a muscle when getting home under his own steam most recent trial. Excited to see what is under the hood when he says go on Sunday. EXQUISITE STAR was as quiet a trial as you will see and looked to have plenty up her sleeve. Was well thought of on debut and from the draw she can hold an advantage in running. LIFE FOR A LIFE can cross and find the front and if he does he will take running down. IRON SHARP next best.

HOOVER was scratched on Wednesday to save for this. Was unlikely to have been able to beat home Chiclett/No Surrender/Outback Jack and they have clearly made the right decision because this is a very thin maiden. Looks to be screaming out for the trip and with the services of Brad Parnham looks the one. AZTEC GOLD has trialled extremely well on a few occasions and got no luck on debut in a hot form race. Keep safe from the draw. GALLANT RANGER caught the eye from well off them at Ascot. TIBETAN BLACK hit the line fresh.

ARNIE’S BOY is a super consistent type who can be forgiven for one poor run in the campaign. He settled rearward from a wide draw in a race with absolutely no tempo. He was impossible from the 1200. Backs up off 8 days, draws a gate and finds a very suitable race. OUQBA TED ran all the best sections in the race last start in an encouraging performance. Can settle closer from the draw. AWESOME AS seems to go better for CJP than anyone. Her trial and first-up/second-up efforts were great with him aboard. ZIP YOUR LIPS is versatile and the lead is up for grabs here.

TRADE STORM was a super run resuming from a spell at 1400m. Ran second to Caerhelan with plenty of parallel form lines coming through her (Glamour Packed/Miss Marietta) and this looks to be a pretty evenly graded and moderate affair. Will need a good ride from the draw but is some chance of rolling forward to sit on speed. Has really come of age last 6 months. BRAVE CONTENDER is no star but is being aided through the grades by excellent placement and even better riding. Will be afforded every mortal hope again. MEGADON was plunged at Gero and got the cash. Maley/Kennedy in white hot form and this is winnable. SAFE TO MAKE UP worth following with JT Warwick.

KALLAROO simply put the writing on the wall first-up. Was a solid trial hit out behind Nuhad and Dad’s Bigheaded when never asked for an effort and then was eye catching from an impossible position on the corner in a race dominated from the front. Ran the fastest last 1000, 800, 600, 400 and 200 overall in the race and now effectively drops back in grade, draws a gate and gets Chris Parnham. No more boxes for ticking. PANZDOWN went under in the same race at $1.60. Ran well but clearly below market expectation. BRIGHT GLOW probably should have won last Sunday. Held up until the race was over. Come back brilliantly. THREE EZE next best.

NUHAD and AMERICAN CHOICE both come out of an extremely high rating 3 year old Classic behind Clairvoyance, Queen Brown, Gemma’s Son, Charleton Eddie, Reign of Fire etc etc. That should be the best form in the race by a fair way. Wasn’t much between them in the finish but siding with Nuhad who had to sit right behind that extreme tempo and was only found wanting late. AMERICAN CHOICE is a brilliant pick-up ride for Keshaw Dhurun and has to be hard to beat. SNIPPY MISS is brilliantly placed into a C1 but runs into a few handy fillies. IAN’S SPECIAL was far from disgraced last week in a 3 year old Saturday.

MASSIMO continues to hold form regardless of the fact he is now some 6 months into the preparation (raced 12 times since resuming on 18/4/2020). In that space has won 4 races and placed on 6 other occasions. Backs up out of the G3 Northerly Stakes where he was his typical brave self. You know what you’re going to get with Massimo. He’ll be right in the finish. TELLEM WE’RE COMIN won this race last year in a procession. Loved his run last week. MONEY MATTERS ran the first 800m of the Northerly 14L faster than average. He was burning grass and was entitled to be beaten home by the ambulance all things considered. PYM’S ROYALE is a query at 1600m but draws to get it soft three back the fence.

SAMSURIAN is a C1 in a C3 which is normally not my style but liked his closing effort in what we’re expecting to prove a pretty strong form reference (Emm Tee Aye, Empire Reign, Panzdown, Kallaroo, Dad’s Bigheaded). Can hold a position in the run and should be there abouts in a fairly thin race. VELAGO needs to jump on level terms with them. If he can get to the top without missing the kick. Waiting for the day he blows them to pieces. BROTHER PADDY is a chance of finding the front if Velago misses away. He went super for Ramoly two starts ago. FLYING TARGET an improver.