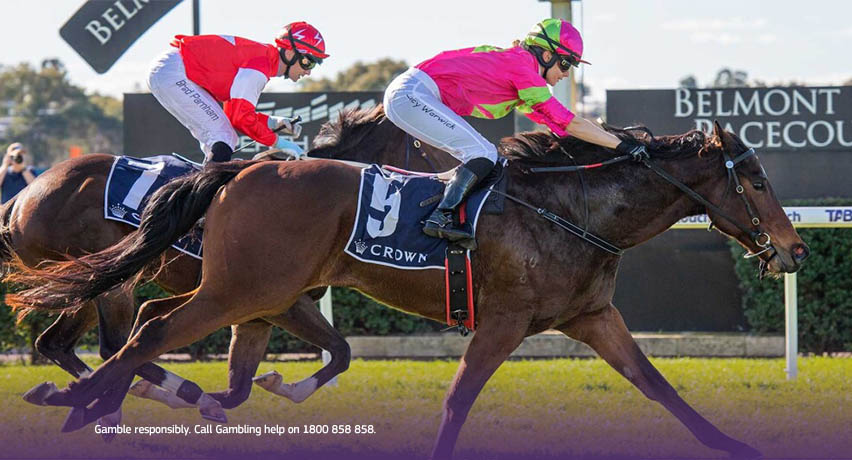 PADDY’S LAD quite simply could not have been any more impressive on debut. His trial was sound yet he got under the radar with most and went round a juicy double figure quote. Once he pushed into the clear on straightening he let rip with a sharp turn of acceleration and both Danny Morton and Laqdar Ramoly spoke in consensus that he would only improve out to 1400m. Rises 2.5kg to 58 and is drawn barrier 11 of 11 so he won’t be anywhere near a betting proposition but find it hard to tip past him. DIAMOND COMMAND gets a whopping 3.5kg weight swing on him and will be double his price. She’s drawn to get a lovely run along the fence and looks the logical danger. BLEECKER STREET had nothing go right for him in a 5 horse race at Pinjarra. Better suited here. SOLID GOLD next best.

SUNNYSILK is incredibly well placed here by David Harrison. Her last eight starts have been in higher grade than this since winning a 0MWLY 1000 and a 60+ Graduation 1000 both at Belmont in May/June 2021, including two 72+ races and two 66+ races when running into the likes of Hot Zed, Miss Conteki, Mood Swings, All Day Session, Magical Dream, Secret Plan, This’ll Testya, Eeyore Wayz, Nowhiteflag, Sneaky Chance and State of Power. There’s nothing within 10L of those types in this field and while it’s hard to tip into a get back sprinter with a claiming apprentice you’re getting eachway in a weak field. GLASGOW GIRL bombed the start first-up and then was a tough watch thereafter. With a clean getaway she’s a live hope in this. PINK ‘N’ GRAY doesn’t win out of turn but rarely runs a bad race. HALATORION has the scalp of Otheroneson in a maiden and attacks this without a trial.

BOLD SUCCESS continues to go round an eachway price and continues to run an eachway race. Has finished in the money at four of his last five and he is racing with great determination. Last start he sat up in the breeze outside of a 100-1 pop in front and they never once came up for air. First 1000m was run 21L faster than average, the last 600 was run 17L slower than average – they were all running on empty. Interesting to note that Jim Taylor has pulled the trigger and gone with Laqdar Ramoly over Keshaw Dhurun. We go again eachway. RELIABLE STAR was able to gun him down last start and only meets him 1kg worse. She’s in form and she’s a dour staying type. She’ll keep coming but she’ll be short. DOUBLE DIGIT is finding it hard to pinch one but he’s going well enough. SUNSPHERE will keep whacking away.

CROSS STATEMENT looks to have found a wonderful race on paper. His last start effort when three deep the trip was nothing short of enormous. He was entitled to fade out of the race and be beaten a margin yet he found a second wind in the home straight and came again underneath False Statement to hold him out of third. Looks to get a gun run from the draw and if Lucky could outride his claim on a Jim Taylor horse it would complete the Lochie Taylor – Laqdar Ramoly love story (sorry Bree). FALSE STATEMENT is hard to catch, he’s really well placed back into this grade, a proven weight carrier and runs for Shaun O’Donnell but just struggles to get the job done with consistency. COLD SHIZZLE gets big weight relief with Holly Watson jumping on. MULTINATIONAL has come back to racing well and will park over the speed.

BITOFMERIT got punters off their seats with his barnstorming return to racing. Had to let loose some seriously sharp late sections to get over them in the concluding stages after settling near last in a moderately run 1000m scamper. Michael Campbell was open in his pre-race assessment of his stable star that he would improve on whatever he produced first-up. 59.5kg, barrier 9 of 9 and a messy speedy map make things hard for him here but he oozes class. Wouldn’t be taking $2.00 about him but would be turning Sky1 on at 2:34pm to watch him. AIN’T NO OTHER MAN was a seriously good trial. Never taken out of first gear by Ramoly and yet gobbled up first-up winner Thomas Magnum with ease. Legitimate danger. SNIPAROOCHY is a sharp filly who can lead or track up behind the leader. Always hard to beat in this grade. HARDLY EVER has a tough barrier.

CATALPA might just sneak under the guard here with the majority of eyes firmly planted on the Peters Investments filly in Frigid. CATALPA had his first preparation for Grant & Alana Williams when last in work and thought every single one of his runs were huge. Massive effort first-up 1200, big win second-up 1400, massive third-up 1600 when wide throughout no cover, then finished the preparation in a 66+ behind Kia Ora Star and Otheroneson. Gets across to the breeze and it’s game on. FRIGID is only coming out of a C1. She beat Rogue’s Point (37 start C1) and Oh Sophia when given the run of the race by Chris Parnham. She’s clearly got upside and is capable of winning but she’ll be short enough. POSITION OF POWER has raced in higher grade his last 17 starts and found late behind Em Tee Aye and Chili Is Hot. RULELEE better suited with a sit.

SEBERATE looked to have found a perfect race last start until the track continually deteriorated into a Heavy9 and a leader’s paradise (last two winners were Kolchino and Run D’Affaire Run). He’ll be forgotten by most after finishing a floundering fifth but he gets into this race with only 53.5kg after the claim of Holly Watson, maps well midfield with cover and he’ll be double the price of a horse like Crescent City who he beat home two starts ago and meets 4.5kg better at the weights. Worth consideration at double figures. GALACTIC STORM is going super but finding it hard to break through and win another race. Looked home last start before being out bobbed by Conquered Zone. KOLCHINO destroyed a moderate C1 bunch last start on a Heavy9. Hard to line that up. NO APOLOGY races Thursday and if he backs up will have admirers.

ISEERED ISEERED should enjoy a lovely run in a high-speed, high-pressure 1000m dash. With Mervyn likely to lead Wilchino and How’s The Serenity parking up in behind that pair it should be Lucy Warwick and ISEERED ISEERED who is tracking into the race from the top of the straight. If they over cook it or if Wilchino is at all vulnerable first-up without a trial it’s a horse like ISEERED ISEERED who has the firepower to make a race of it late. WILCHINO is a winning machine but she has had her problems throughout her career. Was plunged into favourite in the Group 1 Winterbottom at WFA last start. Gets into this Handicap on the minimum. It’s a brilliant race for her and she’s undeniably hard to beat. HOT ZED is a marvel, he’ll be chasing a fair way out but he’ll keep coming. HOW’S THE SERENITY is thrown in the deep end. We’ll see where she’s at in this.

MERCANTO looks another great eachway betting opportunity on a wide-open Belmont Park program. Last start he ran third behind Secret Plan and It’sarayday, a form reference we’re expecting to hold up. He is drawn barrier 1, gains the services and the claim (for possibly the last time ever) of in form apprentice Laqdar Ramoly and gets some big weight swings on key rivals in the race. Racing well, Chris & Michael Gangemi just starting to fire up again and he should get a soft run into the race. ALL DAY SESSION is bursting to win another race. He has been luckless all preparation and then just peaked on his run at 1400m last start. Looks ready and is likely to be popular. SECRET PLAN loses the senior rider and still rises 2kg in weight. This is tougher. EMM TEE AYE flying but tough map.