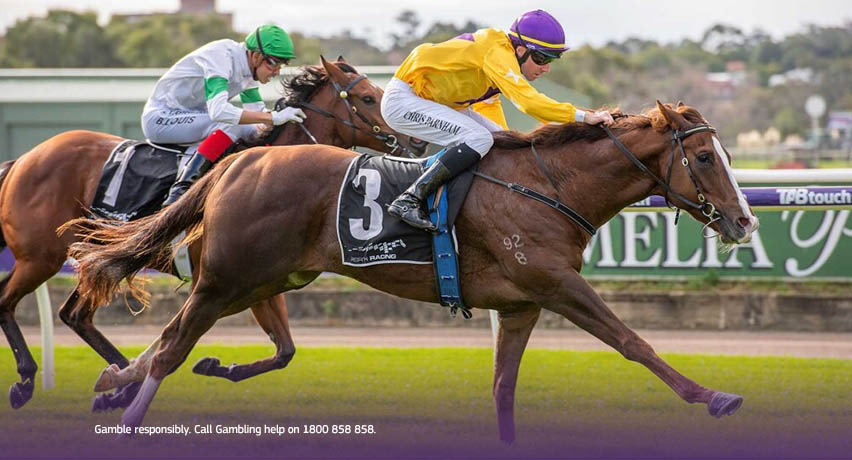 PRINCE TURBO should prove too classy for his small field of 4 opponents. He won the Eurythmic Stakes last start in style and while he has to lump 60kg he looks to be back somewhere near his best. Expect he’ll sit fifth of five in running and then peel to the middle on straightening. DOUBLE DIGIT and BARAMAGIC look the only dangers. DOUBLE DIGIT is on the 7 day back-up and has a senior rider on for the first time in his last two preparations (10 starts). BARAMAGIC beat home Double Digit by 1.5L two starts ago. When he jumps he’s a hard horse to run down. STOCKTAKA is a m66 in a 78+. He leads early but can’t see him figuring late.

GINGER GREEN is as honest and consistent as they come. Finished in the money at 9 of his 10 starts this preparation and the only time he has missed was when held up behind tiring horses two starts ago when beaten 2.75L by Atlantis Beach in a race that has produced Canny Jack and Sluice Box. Last week he worked home well from three deep and should get a lovely run in transit here over the top of a very moderate tempo. Never runs a bad race. LORD LONSDALE’s two career wins are when leading. There is no speed in this. Could we see a tactic change from the stable? If so he’s hard to run down. POWER OF ST GEORGE will sit back and wind up. If it’s a sit and sprint he’s probably unsuited. ARNIE’S BOY landed big bets last start. Hard horse to catch.

REVITUP is a speedy little filly who is really well suited at SWP after the claim for in form apprentice Holly Watson. First-up she wasn’t ridden for pure speed, she sat off the leader, did all the work and lumped 58kg to victory. Holly Watson returns to the saddle, she drops half a kilo on her last start win and she will likely work her way to the top and roll them along. Last time Holly rode her she broke them open. Expecting her to roll again. SKY DUKE looks the logical danger and is more than capable of bursting her bubble. Drops from 1200 back to 1000 but was super impressive on debut. RUMOUR SAYS will likely look to tow ball Revitup throughout. FORTY THIEVES is undefeated at trials.

GO FORWARD can be forgiven for his first-up failure. He was drawn a horrible gate, endured a tough run and was in a race that was dominated from the front. The race has already produced Premium Choice for an emphatic subsequent win and this looks a great map for him to stalk a genuine tempo behind Ultimate Command, Imprudent, I’m Eugene and Copping Points. He travels really well and can show a big turn of foot on his day. Great race for him. IMPRUDENT is proving he is more than just a straight 1000m horse. His last two have been excellent. Tricky draw to navigate though. THE LADY IS A VAMP has had two 400m jump outs. Took her a while to break through but was then competitive in Saturday 3 year old company. HIBISCUS LADY brings intrigue at her WA debut.

BEADS is a high-quality short course specialist. Loved his recent trial, love the fact he has the tactical speed to park himself right in behind the leaders and with the inside barrier draw he’ll hold a tactical advantage over his main rivals in the run. Should present at the top of the corner like he did in his trial and has a short, sharp burst of speed which offsets his big weight impost. SNEAKY CHANCE got caught up in traffic 7 days ago and only got out late in the race. Reeled off some impressive closing sections once she saw daylight. COLOSSAL is undefeated, has shades attached for the first time but is back to 1000m. CHARMING BELLE is a hard filly to line-up. Waltzed in her maiden but is drawn 9 of 9 and might have to park three deep or be ridden for luck.

SAVAGE ONE is on trial at 1600m but he should get across into a commanding position over the speed without doing much work at all. There only really looks to be two speed horses in this, Kolchino (who they have attempted to sit and doesn’t jump that well) and Savage One, with a possible bit of dash from Juicing Carrots fresh. Thinking that CJP gets across, gets things his own way and then turns it into a sit and sprint to suit himself. Going super, drops 2kg and this 66+ is arguably weaker than running into Above The Peg his last two. Expecting money for him. SLUICE BOX found his race last start and dominated them. He always needs luck in his races but is going undeniably well. ACTING GOD is starting to put it all together. EX SPORT MAN is well placed but the barrier is a bitter blow.

OTHEREONESON will be very popular as he always is. Given a 5 week freshen up and double nominated for the Raconteur Stakes and this 72+ 1400m. Like he did with Alaskan God Danny Morton elects to dodge the good 3 year olds until he has to and again takes on the older horses. Last start in a 66+ he went round $1.40, beat them by 3L and did so in an overall time 4.5L faster than average beating Atlantis Beach and Sluice Box. This race has a tonne of speed (Warm ‘n’ Fuzzy, Magniforce, Puli, Mr Delegator) and while he will likely spot them a fair head start in running he looks ultra-progressive. WRITTEN MATTER doesn’t have a rider named at time of writing but looks a great pick-up ride for someone. Think he’s screaming out for 1400m now. SPEED DREAM has come of age and shaken his ‘nonny’ tag. Attacking the line now. NO APOLOGY has had 2x 4kg claimers ride him so far this preparation. Big watch with a senior on.

SEARCHIN’ ROC’S is a quality filly and is well suited at SWP (can’t wait for Belmont Guineas at SW). She’s the winner of the Belgravia Stakes and the Champion Fillies and resumed over 1200m in an interrupted preparation when breezing and fighting on bravely to go down by a neck to Rokanori. Meets him 5kg better at the weights, strikes a race with less speed and should get across into a commanding position. Looks really well suited here. ROKANORI is all X-Factor. He is getting better and better with racing and he looks to get an ideal run-in transit. Listed winner at 1800m beating the older horses fresh at 1200 = progressive. DEVOTED looked a moral first-up and didn’t let punters down when $2.70 into $1.70 and winning with the handbrake on. This is tougher and the barrier hurts. STAY SAFE gets 4kg on him from their first-up encounter and could find the front if they elected to ride him positive.

MERCANTO looks like getting a near identical run in transit to what he enjoyed last start when winning. They’ll march along behind Ohbeeh, Flying Missile and Nowhiteflag and Mercanto is starting to show the tactical speed that was lacking in previous preparations. Like the way he goes about it, like the fact his best runs have been off the back of a strong tempo and like the way Brad Parnham rode him last start. You’ll get eachway too which is a bonus. FLYING MISSILE gets in with only 56.5kg after the claim of emerging apprentice Taj Dyson. Should enjoy a gun run behind the leaders and then can sprint well in the straight. DUNBAR doesn’t win out of turn but looks to be flying for Peter Fernie. ALL DAY SESSION was luckless first-up in a 72+. He’ll track up in behind them and is dangerous late.