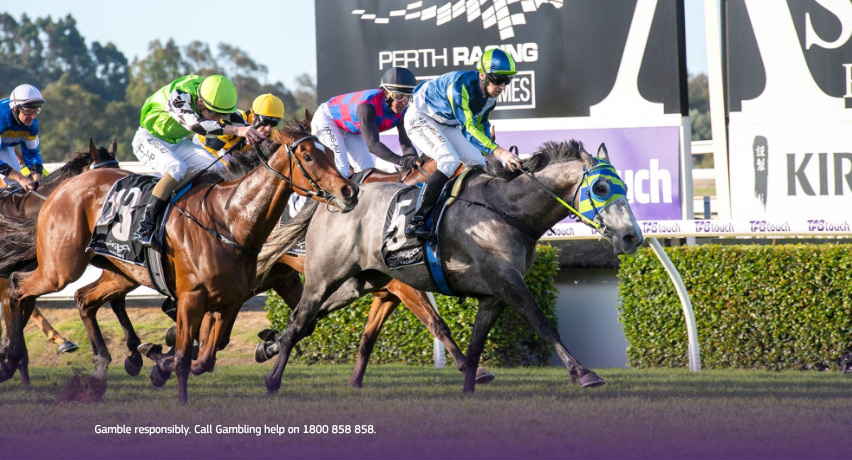 DEVOTED vs HARDLY EVER is an exciting contest and clash of two potential future WA topliners. DEVOTED could not have been more impressive on debut when sitting one out, one back showing tactical speed and ambling into the race at the top of the straight. Possibly would have liked to have seen a bit more from Noble Born at Ascot on Wednesday but still with a head start on Hardly Ever in running he looks hard to beat. HARDLY EVER was arguably more impressive to the eye at her debut when getting back to last on a day where it was hard to make ground. Once she balanced up and hit top gear, she showed a turn of foot that most 3 year olds would be envious of. Money was relentless on debut and expect it again. BUZZOOM won in a track gallop on Wednesday. Interesting to see if Danny Morton entertains a back-up. MULTINATIONAL looks a handy type but might run into top stars.

ROMAN FLIRT got out to a remarkable price last Saturday. Was unstoppable on the drift and got out into double figures. Had excuses in previous outings and has always looked like a mare who would make a handy Saturday staying type. Gets a great chance to go back to back in a re-handicapped 65+ and W.Pike should have her in an identical position in running here. QUEEN TAKES KING usually comes on quickly first-up to second-up. Winner of a 2200m second-up in the past and also another race post disqualification. Maps to get a soft run from the draw. BARAMAGIC has been more than competitive in this grade for the last few seasons. Should be ready after finding himself in the unfamiliar role of pace-maker last start. REGAL CITY races outside the handicap but has turned into a different horse after a few weeks in the Goldfields.

IMAGE KEEPER was well supported in his return to racing when leading them up and fading in the home straight. Brock Lewthwaite elected to take him back to trials where he worked home nicely behind talented filly Sniparoochy. Drawn gate 1 he can lead or box seat and no doubt considering the preparation he had when last in work that this race has been on the calendar marked out for months. Looks a nice race for him. FLICKA’S CHANCE has done nothing wrong so far this campaign. Maiden win was strong, C1 win was stronger again and he is drawn to get every chance here. Hard to knock. PINK ‘N’ GRAY has a senior on and can find the front. Improver. SMASHING should enjoy a nice midfield run with cover.

STARALIGN brings alternate form through Kalgoorlie with an Open Sprint win and a m66+ win on Kalgoorlie Cup Day. Going to his previous campaign he did win a 66+ 1400m and ran back to back minor placings in 72+ grade behind Billy Aint’ Silly, Not To Be Mist, Naughty By Nature and Zaratite. William Pike elects to stick with Karijini Aurora but you lose nothing with the Pontiff going on. Thinking he’ll roll to the top to control the race. KARIJINI AURORA has burst back onto the scene after going missing for 12 months or so. Back to her best and going through the grades powerfully. REBEL KNIGHT gets the map run leader’s back and has run into some ultra-progressive types recently. SON OF BACCHUS is a hard horse to follow. Seems to find bad luck wherever he goes. Clearly talented.

SPRITELY STAR and MY FURY are a pair of emerging youngsters who look well suited in 60+ Graduation Racing. A number of their opponents have been stuck in this grade for a long while and with the ideal draws they both are given they should dominated this race from the front. SPRITELY STAR was simply dominant first-up in a win which screamed “follow me”. Interesting to note that Bob Peters has thrown in a Railway Nomination in suggesting there is an expectation that her winning streak will continue. Maps to stalk My Fury. MY FURY might find herself in front in a race without a lot of speed. Won’t see a more arrogant C1 win than hers last start when never getting out of first gear. CELEBRITY WITNESS is in a purple patch of form and continues to improve with racing. OUTBACK JACK is likely to need further and the race doesn’t map well for him.

TRIPLE MISSILE vs VADETTE DE STAR looks to be the race. With the barrier draw being gate 5 for Paul Harvey and Triple Missile against gate 10 for Chris Parnham and Vadette De Star it’s a fairly easy decision to side with TRIPLE MISSILE. He has shown sufficicent tactical speed in the past to hold a position from the gate and from there Paul Harvey can have him camped behind them with a head start on Vadette De Star. With any advantage in running she’s going to have to reel off some remarkable splits to gun him down. VADETTE DE STAR demands huge respect. She’s well above average but so is Triple Missile. Keep following her. FOREST WAR has his first full preparation with Jim Taylor and should get a gun run. GO FORWARD was scratched from Wednesday to save for this.

INDIAN PACIFIC won this race in 2020 when sitting just off Mervyn and running him down in the final strides with Stageman climbing out of the ground late to snatch third. This race could turn out to be very similar. Mervyn leads, Indian Pacific parks just off him and then it’s up to Brad Parnham and Indian Pacific to run him down and hold off the late challengers. He’s a fresh horse, he’s an Ascot horse, he’s a 1000m specialist and he’s going to look the winner at some stage. STAGEMAN has a blistering turn of foot and his recent trial suggests he’s on target for yet another crack at a Winterbottom. If Mervyn and Indian Pacific overcook it, it brings him right into the mix. ELITE STREET will have some traffic to navigate from gate 1. He’s the real deal. ROCK MAGIC won’t know himself with 55kg. Imagine if the old Rock Star loomed into it at 12 years young.

DANCE MUSIC looks very well suited as a m104 rater with 55.5kg in a SWP Group 3. With Vital Silver likely to take control of the tempo she can park to his outside and from there should give backers a great eachway sight. Raced exclusively in WFA company when last in work and finished in the money at all four runs. Looks a fairly fool proof eachway investment at the price. WESTERN EMPIRE is not at all well weighted as a m92 rater with 58.5kg. Should be getting 9kg off Valour Road yet they meet at level weights under the SWP conditions, however, the one thing that he has is scope and progression for improvement. This is clearly his acid test but going off his recent trials he’ll be up to the mark. If he wins this it’s scary for his Railway Stakes opponents. KAY CEE trialled like her old self. Absolutely loved seeing her attack the line again. Think she might be back on track after a below par winter. VALOUR ROAD is on a different preparation to 2020 and looking like the right move so far.

REAL CHARISMA sneaks in on the minimum and if they’re swooping down the middle by this stage of the day then the Cerise and White will be charging late. Effortless trial win and a mare with a big turn of foot. To step from a C1 F&M straight into a 3yo 62+ suggests she’s got her fair share of ability and the Railway Nom catches the eye in the same way it does for Spritely Star earlier on. EM TEE AYE was huge first-up when tramping into it deep on the track and letting down strongly to finish third behind Mystical View in an eye-catching return to racing. Given a peach by McGruddy early last start to cross from barrier 9 and hand up but didn’t fire a shot in the home straight. On review is probably not the kind of horse who is suited by a sit, sprint style of racing. Expecting him to bounce back. MOSCHARD is Moschard and BERET is Beret. Both need things to go their way.