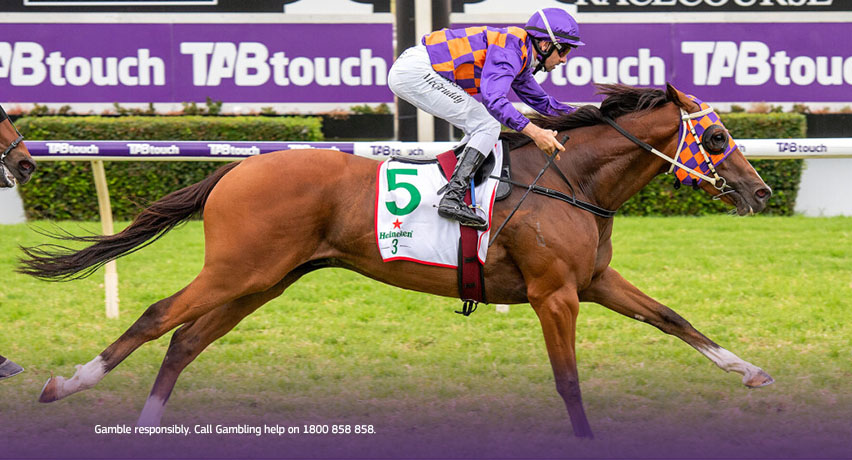 SWEAR TO GOD makes his debut for Rusty Stewart who has enjoyed a great 2 year old season with Street Parade and this son of Playing God looks another nice type. Thought his recent 1000m trial was particularly good and while there are some sharp types in this, expect him to be up in the firing line throughout and prove hard to beat on debut. REVITUP was a brilliant jump and run filly in her first campaign. Returns on Saturday with a career high 58.5kg. UNIVERSAL FLAIR has been thrown in the deep end in her two career outings in the Supremacy and Gimcrack. Far from disgraced in either. ALL SHOW has showed gears at trials and while she’ll get back she can flash late.

LEICA JAGUAR gets his chance in this lowly Westspeed Platinum race. He is an Ascot 1000m horse, he is a Chris Parnham horse and he is a barrier horse. Gets all those conditions here and with Shock Result, Sioux City, Snippilicious and Famous Jurney likely to turn the speed on he can be tucked away and saved for one last crack at them. Great race for him on paper. PREMIUM CHOICE brings Esperance form but it’s good form and he has a real X-Factor about him. Expecting him to receive his fair share of market support. SNIPPILICIOUS was a winner this grade, this distance at Belmont in his one and only run. Trialled nicely. SIOUX CITY was great last start and should run well again.

SPEED DREAM is likely to divide opinions here because ultimately, he’s a 14 start C1 galloper. Last preparation off a 77 day freshen he was eye catching behind Secret Plan in a 66+ when charging to the line from a mile off them. Plain and simple if he reproduced that effort, he would be going very close to winning this. Won’t see a weaker Saturday 60+ Graduation. ALEIN FROM MARS gets a great opportunity to win two in a row. She’s a proven weight carrier (winner with 60 and winner with 59.5) and she reeled off some slick closing sections through traffic last start to score. LLESSUR toyed with moderate opposition at Albany last start. KLONDIKE KENNY will be 50-1 but if you go through his recent form, it’s against far better types than he meets here. Could run a big race at any old odds.

SENTIMENTAL QUEEN has been given 3 weeks to get over her Bunbury Cup run where she was caught up in a bumping dual with Solaia for the first 600m of the race. Never settled, never comfortable and beaten out of sight. Previous run in the Detonator was excellent and is able to go back to her previous racing pattern of sitting midfield with cover for a rider she runs for in Lucy Warwick. Can bounce back on the eachway. BUSTER BASH brings an exciting element to this 72+ mile. Aggressive placement from trainer David Harrison to come straight from a C3 on a Wednesday into a 72+ on a Saturday but sneaks in with 52kg and should roll straight to the top for Kristy Bennett. He likes to roll and he likes to try and break them open from the 800. BIG BADA BOOM was crunched in betting last Saturday and duly saluted. Made it 2 from 2 off the quick back-up and will look to do it again. TINSNIP has a senior on and should improve.

LIPSTICK FLICKERS rates super for this 72+ 1400m event. She sat three deep the trip without cover when beaten narrowly in a three way finish between Kenyluck and Comes A Time two starts ago and then last time out was breezing outside of the hot pot How’s The Serenity before being swamped by Mood Swings. Should roll to the top and control the tempo. Hard to fault. KIA ORA STAR set some really fast early sections last Saturday in a 1200 event where they broke 1:10 comfortably. Backs up and comes back in grade. HOLY GHOST is absolutely flying. Hard horse to catch but he is going super. PHONEME will track up along the fence but needs luck.

PANZDOWN was all the rage last start until race morning when Ziebell came out and the race was mapped and gifted to main danger Acromantula. Carried 60kg, broke 33 seconds last 600 and lost no admirers. Steps out to 1200m, drawn gate 1 and well weighted after the claim for Holly Watson (meetings Chantorque 4.5kg better). Can tow ball the speed behind Charleton Eddie and Mood Swings and with even luck can burst through late. CHARLETON EDDIE hasn’t won for a while but looked good at trials and ran well behind Iseered Iseered over winter. CHANTORQUE was huge at her return. Senior on and looks a force to be reckoned with in the upcoming fillies & mares’ series. BUZZOOM had a brilliant 3 year old spring and now finds herself in the deep end against some seasoned sprinters.

ROKANORI took the step to 1800m with aplomb and was given a 12/10 by Carbery in a piece of tactical genius from trainer Grant Williams. The stable announced they would ride undefeated colt with cover and then it became apparent that their game plan was to follow the every move of Trix Of The Trade. He loomed up outside of him at the top of the straight and went past him in style. Has to carry 2kg more than him here but he gives the impression that he’s only going to get better with racing and with distance. ALASKAN GOD was incredibly impressive last start when beating up on the older horses. He travelled sweetly throughout and he let down brilliantly to score by over 3L. Looking like he will measure up. HEAR ME SING is the quickly forgotten horse. Shaun McGruddy jumps on, he can lead and dictate terms and all of a sudden he’s out to $15+. Don’t discount. TRIX OF THE TRADE is a winner and if Mr Webster says he’ll stay then who are we to doubt him.

CONSTANT DREAMING picks herself in the 2022 City of Belmont WA Oaks. She is looking to complete a clean sweep of the filly’s features having won the Ascot 1000 Guineas and Natasha Stakes double so far. Meets all of her Natasha Stakes rivals 2kg better at the weights for beating them home and so it’s hard to see them turning the tables on her. Maps a treat, does everything right and comes from a stable that produces staying winners for fun. Impossible to knock. FEELS DANISH gave her a run for her money last start care of a very intelligent ride from Turner. QUEEN OF JERUSALEM looks like she’ll stay and brings the unknown alternate form to the race. MRS AMERICA did everything wrong in the Natasha. Drawn awkwardly and didn’t settle last start. Stack of gear changes.

GENERAL GRANT looked a different horse last start with blinkers going on. You never really know if they’ll have the same effect the second time but he should get every possible from the inside draw. This race has a tonne of speed: Count The Sessions, Sea Waif and Snippagem all free rolling types so that should leave Brad Parnham and General Grant tracking up in behind them ready to pounce. CATALPA looks a new horse under Grant Williams. Huge effort fresh and a dominant display second-up when beating subsequent winner Pale Rider. COUNT THE SESSIONS has been smashing the clock in Albany. RECAPITULATE an improver at odds.