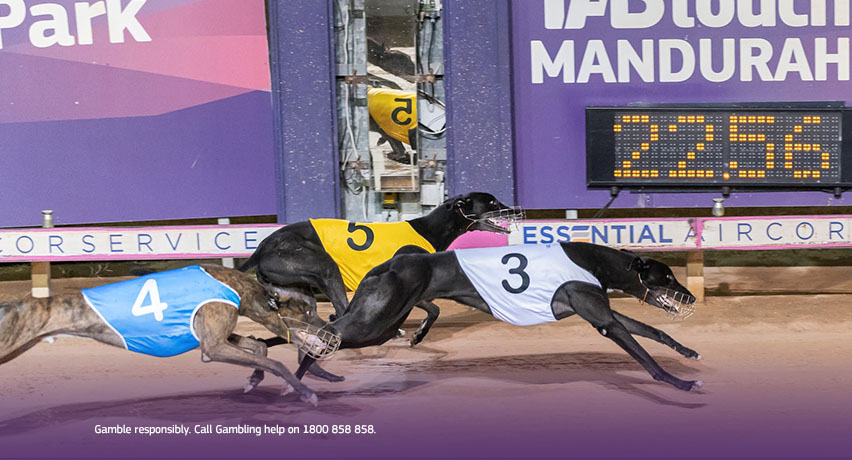 A couple of sneakies here at odds. The 2 goes well track and trip and he will be looking for a mid race run to extend late. The 7 gets one more chance at the price and isn’t hopeless. Can do more than she did last time. EW shows both.

The 2 was very good last time off the inside and if she can land close again, will hit the line and be hard to stop. The 5 has to lead to win but if he does, he can run some time. Has to get around the wide running 4 but can if he steps.

She was super last time and is racing well. A lot of wide runners in this means she just needs to show her early toe and she becomes very hard to stop. Big chance tonight.

The 3 is coming out of the Oaks final where she was good. Has a lot of talent and only has to step well and hold her line. Expect the 1 to lead here. Getting fitter and will be very hard to catch if she gets away into the back.

Heat 1 of The Sandown Cup. The Hank was tremendous winning the Gold cup at Wenty last week and is just as adept here. A top line competitor for some time now, he will look ominous at some stage and is strong. They will know he’s there.

This could be risky taking Ruby on but it’s worth a crack while she’s $1.22 out of box 1 which isn’t really her box and was disappointing last time. The 4 will put early pressure on and while he may be one run short, he will give a sight. The 6 is highly promising but he still has a bit to learn and can pull a trick or two. He does stay though and has early speed. Old mate Orca out in 8 will run his usual and being back to Sandown is a huge plus for him. Rubys best wins and one of these will run 2nd but they can all upset her too if she’s not quite right. Play your exotics here and savers.

The reports on the 3 are interesting. The word is he can stay and run serious time in trials. His last two wins when stepped up at Warrnambool were simply barnstorming and he is screaming for this trip. Do not underestimate. If he gets a clear run he will throw a huge spanner into the works. The 8 has a mind of his own but it’s worth nothing that he reserves his best work for this track and will be strong late. Place heavy on him. The 3 is the key runner though.

and No. 4 Days Of Thunder

The 5 was a tragedy beaten last week thanks to Zac’s Entity. Was making a blistering mid race run when he was taken right off the track. Will go close here and looks a great EW price where a few of these will stop late. Don’t dismiss the 4 entirely. One thing she can do is stay. And I mean all day!! Gets a long way back but as mentioned, a few of these won’t hit the line and she will be charging. Spec place heavy save on her but the 5 is the best bet.

Forget her form, her best wins this and the map looks right here and this is her race. Will follow the 3 over and only has to get a trouble free run to win. Shouldn’t miss top 2 as a contingency. Best bet #2

She will get back but maybe not so far on the fence and will be very strong late. Has a lot of ability and had a freshen since her last run. Look for her late at odds. Place heavy.

The 2 gets his chance and last chance at that against these. Boxed to win and there will be no excuses today. The 3 is a smokie play at odds and can lead here if he pings. Can run time and don’t dismiss.

Not sure how he gets beat here and surely breaks his maiden. Well supported each time and the ability is there and he will have no excuses in a four-dog field.

If he can get over to the fence early, he will start going through his sections and be running into this. A race that doesn’t have any genuine strong 500 dogs, he will hit the line better than most.

and No. 4 Velocity Teller

The 7 just wins with a clear run. No way these can hold him off if he gets that. Has a big gear change and will run time they can’t match if he gets an uninterrupted run. The 4 could be the smokie if the 7 goes awry. She is under rated and is worth a save. It’s the 7’s race to lose though.