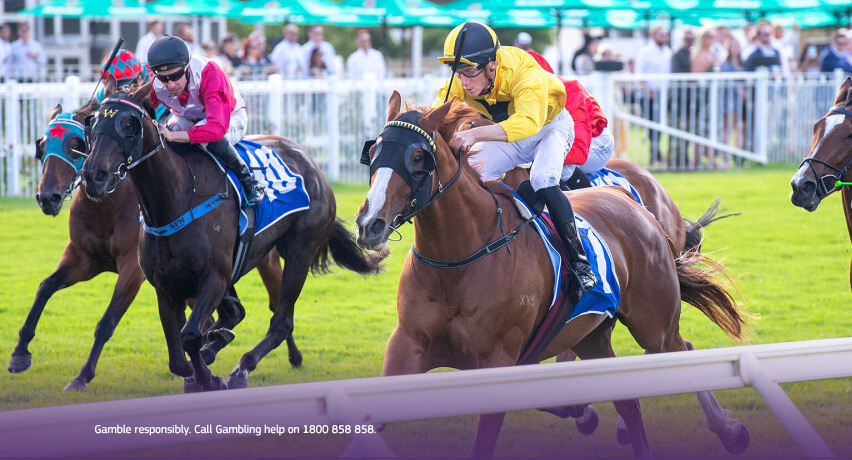 SAFETY FUSE, BLUE LINE, MICHELADA, DANCE SESSION and LADY TORNADO all have legitimate claims in this 5 horse 3yo 0MWLY. Highly compressed weight scale and majority apprentice riders make it a difficult race to dissect. Going to side up with little confidence on LADY TORNADO who resumes off the back of a solid trial win. Drawn to track the hot tempo through Dance Session and loom on straightening. DANCE SESSION pushed Metallon and State of Power last start. Looks the stand out form reference but like #Merv her last 50m will always be her worst 50m. MICHELADA got a well deserve confidence boosting win last start. SAFETY FUSE went through a purple patch at the end of last campaign.

VITALIZE let loose with a big run down the home straight last start but it wasn’t enough to get over the top of shock winner Tiff’s Lad who took the cutaway gaps and skipped through to victory. He has since acquitted himself quite well in a 3yo 1400 on a Saturday behind Otheroneson and River Rubicon and so we’ll follow that form reference into this. Showed first-up she can settle close handy and take advantage of a barrier. AL TINA is bursting to win a race. Luckless two starts ago and then savaged the line late last start. MISSILE is knocking on the door. Unsuited to sitting in the breeze last start and Birdieagle came from that race and was a plunge winner last Thursday. MR MEGSEY was excellent last start.

ON RED ALERT might have 60.5kg to carry but he is particularly well placed into this C3 by Alanis O’Hara. In his last four first-up assignments he has finished within 1L of the winner and one of those three he bolted in (albeit at Narrogin). Has finished in the money three times at 60+ Graduation level (second to Son Son, second to Crescent City and third to God Has Chosen and Beret) and is a winner with 59.5kg. Capable type fresh. CROSS STATEMENT is a hard horse to run down when he is able to find the front and control. Likely to cop some pressure here. WARM ‘N’ FUZZY is a different horse for Ash Maley and has finished in the money at all six outings for the new yard. TESTING LOVE is an X-Factor runner for Stephen Rowe.

SNEAKY CHANCE was always a filly with ability, flashing huge potential in the 2 year old Pinjarra Magic Millions when fourth behind Ex Sport Man and then contested the Gimcrack and Karrakatta Plate after a freshen. She has worked through a few issues and had a throat operation but her maiden win over Wommel Wock was highly impressive. Interesting to see whether they ride her forward or back from the sticky alley but think she’s worth following up with. MY BOY CHRIS finally broke through after a string of encouraging placings and looks the type of horse who can go on with it now. WINNING ACES has gone to a new level since being ridden conservatively. He’ll flash late. CHOICE BID had shades attached last start and it really sharpened him up.

VEVINSKY has a pair of duck eggs to his name after David Harrison tested him in the Listed 3 year old features. Finished 8L off them in the JC Roberts and 9L off them in the Melvista but he now drops back into a C1 midweeker and gains the services of Paul Harvey. If you forgive and forget his outclassed runs in the 3 year old features and go back three starts ago he finished second in a 60+ Graduation behind Our Norman at Pinjarra. Expecting him to bounce back. ROYAL CHOISIR is going really well. Naturally you can’t get too enthused as she’s a 40 start C1 but think she’s ready to win another one. BURN ONE DOWN has a senior added and maps a treat. HARVEY’S ANGEL can be tucked away and saved for one last burst of speed.

COMEALILBITCLOSER gets his one and only chance as the on top selection in this extremely thin C1 mile. He has finished second on 11 separate occasions and on the 6 day back-up he gets a chance to shake the non-winner tag. Quite simply if he doesn’t win this then he’s going to struggle to find the right race. Four starts ago in a C5 he finished fourth behind subsequent Pinjarra Cup winner Jadavi, subsequent 60+ winner Tri For Us and subsequent 66+ winner Holy Enchantment. Now or never for him. CALAG finds a race where he should get across into a commanding position and might be forgotten in the market. Not going that badly. KEEP YOUR FEET doesn’t look to be running out the longer trips but he goes into the top 4 by process of elimination. LE GRAND RISQUE trialled up well for the new yard.

INDOMINUS was the target of astute late money at his most recent outing in a 60+ Graduation on a Saturday. Flashed up the inside to third and with General Grant winning out of that race on the weekend it makes the form look that bit stronger. Drawn a gate to get a nice run midfield with cover and this should nearly be eachway the field. SHEIKH IT raced wide for the last 800m of a 66+ and was far from disgraced behind Big Bada Boom, National Guard and Downforce. Drops in grade and is going well. ARNO THE FOX has been worked out. Winner off 36 days, 35 days and 28 days. Fresh is best. BROTHER PADDY an improver coming back in trip.