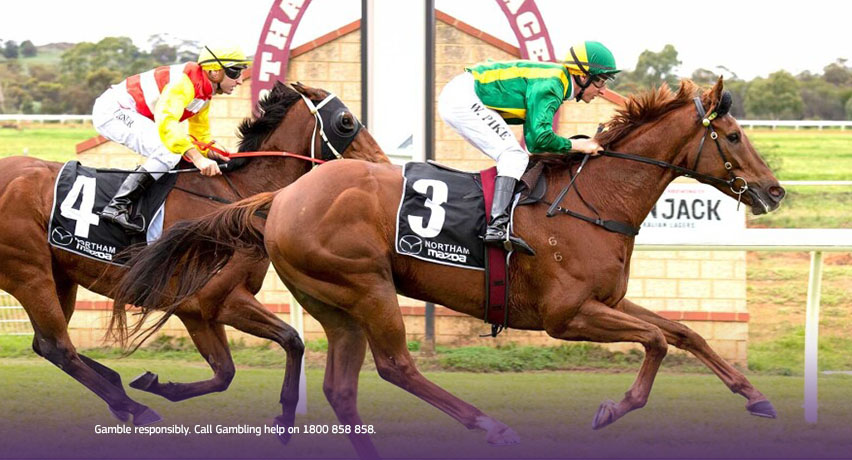 FLICKA’S CHANCE ran a ripper on debut at Ascot in a maiden when narrowly gunned down in the shadows of the post by Let’s Cut Loose. Was then thrown into the deep end into a 3 year old 62+ handicap on a Saturday when running into Kaptain Kaos and others who were far more talented than anything he’ll meet in this maiden. Trialled up well and is drawn ideally. Should be in the finish. BORN TO TALK has the hot Arcadia Grace form to his name. Work cut out from the barrier but looks to have ability. QUEENSHIP finds a new home with Adam Durrant and if she can reproduce her fifth behind All Day Session, Sketta and Brooklyn Pier she’ll be going close. PINBALL PLAYER gives Taj Dyson another great opportunity to break through.

BEDOUIN BELLE looks to have found a suitable assignment. Hasn’t won a race for 500 days but went awfully close two starts ago when beaten a nose in a 60+ Graduation by Strathmore Rose. Last time out was a solid third behind highly in form and progressive sprinting mare Wilchino. Importantly is drawn a gate inside main rival Amelia Bedelia and gets her opportunity. AMELIA BEDELIA toyed with them last start and see no reason why she can’t win again. Loves the Northam surface and Kate Southam will only have 6 rivals in front of her to navigate around. DANCE COCKEY should be able to find the front and give cheek. TAMPERING FALLS won well fresh last prep.

HENCHARD looks the winner on paper. Was backed into favouritism on debut in a far strong maiden at Belmont Park when only beaten in the final few strides by Simple Logic. The only very, very minor query is the jump from 1300 straight out to a mile but on paper he should be far too classy for these. All eyes on early markets. ACT INNOCENT ran a really nice race for the new stable. Ray Vincent making a name for himself with the tried horses and this mare looks like she’ll only add to the strike rate. SURVEILLANCE looks destined to increase his maiden starts to 16 but can definitely give some cheek if finding the front. RIG A DIG has shown glimpses.

CHANG MAN vs MRS AMERICA looks an intriguing contest. By Race 4 we should have some idea how the Northam track is playing. Only 7 days ago the outside lanes were a highway so wait and see. CHANG MAN is on the 7 day back-up after peaking on his run in the last 50m when Belgrano Belle fought him off and MRS AMERICA makes her debut off the back of a strong trial when she was attacking the line late. CHANG MAN gets the nod as he can position up from the barrier and Paul Harvey is a genius at controlling these types of races. MRS AMERICA will clearly be steaming home late and if it’s off fence early then wouldn’t be afraid to flip them. I’M BELIEVABLE was sectionally strong on debut. LUCKY FOO FOO comes from a questionable form reference but ran well.

SALLY CAN WAIT is knocking on the door and looks to have found a winnable maiden. Ran well down the straight three starts ago, caught the eye when matching motors with Mystery Moment for the majority of the straight two starts ago and then loomed the winner last start but was unable to reel in Henchard or Simple Logic. Looks the strongest form reference of the race and from the gate Lucy Warwick can have her wherever she wants. RIVER RUBICON attacked the line brilliantly late in the trial. Was flashing through late and really caught the eye. RESTFUL was the target of strong support on debut and did have to do it tough. KANDAKA had excuses on debut.

LET’SDEAL makes his debut at 1300m in what looks a fairly thin maiden. The rest trial was strong when getting the better of Noble Born late in the trial with a big gap back to the remaining runners. Travelled up nicely, let down impressively and while doing a few things wrong and laying in under pressure he looks to have a motor. From the gate should be afforded every opportunity to open his career with a win. PICK AND PAY is first-up no trial and drawn awkwardly but did enough in two runs for Alan Mathews last campaign to suggest he’s the danger. SHE’S OUR WITNESS defied her $151 price tag on debut to run a cracking fourth. TESTIFYING has no weight on her back and can run well.

POPCORN TENDER looks the ideal William Pike horse. Has a short, sharp turn of acceleration that lasts 150-200m. Can’t sustain a run and needs to get it cheap and be saved for one perfectly timed burst. Should get those exact conditions here tucked away in behind the speed. Ticks a lot of boxes. OCEANZARA is knocking on the door and Taj Dyson has been riding her perfectly. This is her best chance yet to notch win #2. Either box seats or follows Popcorn Tender’s every move. GOLDEN TIARA and MISS VOODOO are both last start Northam mile maiden winners. This C1 isn’t much deeper or stronger than the races they won last time out.

CASTILLO DEL LAGO would have slept well last start. Unfortunately for Angela Johnston nothing went right after he was fractionally slow away and things didn’t get any better for her. Raced wide throughout attacking the leaders in a race where they ran the first 700m 9L faster than average. They simply ran themselves into the ground and he was entitled to fade as badly as he did. Senior rider on, following up. COSTA DEL SANTO is well placed into this grade. If the races at Northam turn into a down the middle swoopers paradise like last Thursday it brings him right into it. SPECIAL PICTURE is flying and with even luck can chime in again. YEAH BRAVO a mad one for quaddie inclusion.